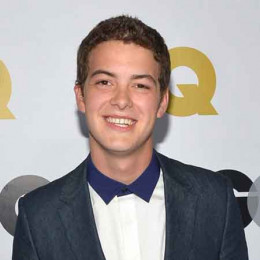 The American actor Israel Broussard came into the limelight after being cast in the 2018 Netflix movie, "To All the Boys I've Loved" alongside Noah Centineo and Lana Condor. His debut in the entertainment industry happened in 2010 from a movie named "Flipped" and Television series, "Romantically Challenged" which marked his presence in the entertainment world. Some of his popular movies include "The Bling Ring", "Earth to Echo", "Jack of the Red Heart", "Good Kids", "Perfect High" and so on which show his versatility in acting.

Israel Broussard was born Isaiah Israel Adams on August 22, 1994, in Gulfport, Mississippi, United States. His mother Angela Clapp was a Mary Kay cosmetics consultant and his father is Lawrence Clayton Adam. He died when Broussard was just four. He belongs to the ancestry of Scottish, German, English, and Irish.

After his father's death, his mother married a computer programmer named Gil Broussard and they raised him and his older sister Aubrey in Saucier, Mississippi. Broussard has a younger half-brother named Shane Guilbeau from his mother's second marriage. He got his surname Broussard from his stepfather. 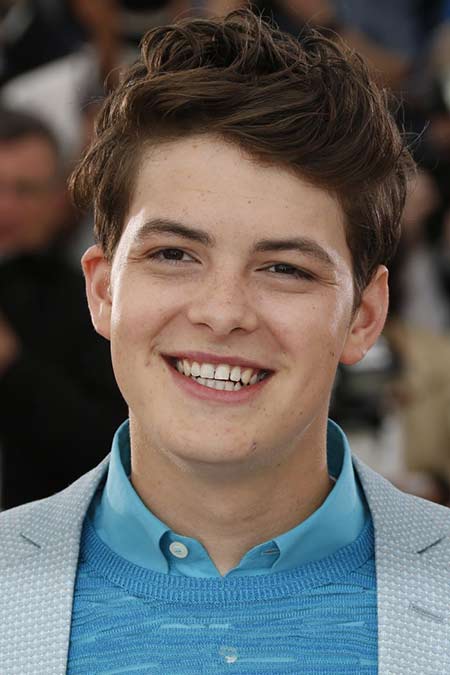 Broussard was interested in acting at an early age and in 2006 portrayed the role of Percy in the theatrical production "The Miracle Worker". Soon in 2008, he was signed with Abrams Artists Agency after seeing him in an event and after two years moved to Los Angeles to pursue his career in acting.

Israel Broussard is an actor who debuted in the entertainment industry in 2010 from a movie named Flipped where he portrayed Garrett Einbinder and Television series, Romantically Challenged in the role of Justin Thomas. After his debut, he appeared in movies like The Chaperone, The Bling Ring, Earth to Echo, Jack of the Red Heart, Good Kids and so on. He has been featured in M83's song Claudia Lewis.

In 2015, he was cast in the Television film Perfect High where he played the role of a cocaine addict, Carson Taft. He acted alongside Bella Throne, Daniela Bobadilla, and Ross Butler. Broussard was featured in two episodes of the series, Fear the Walking Dead where he portrayed James McCalister. His 2017 movies are Say You Will and Happy Death Day where he played the role of Bobby Nimitz and Carter Davis respectively. 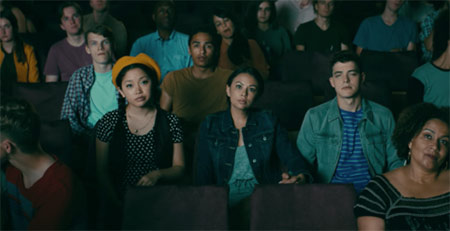 Israel Broussard in the Netflix movie, To All the Boys I've Loved
Source: Fashion Magazine

Broussard was cast in the 2018 Netflix movie, To All the Boys I've Loved Before to portray Josh which became a huge hit and was joined by actors Lana Condor, Noah Centineo and Janel Parrish. He is set to appear in the 2019 movie Happy Death Day 2U where he will portray the role of Carter Davis.

Israel Broussard's net worth is not estimated as of yet and is still under review. However, some online sources claim his net worth to be $2 million. His major source of income is from his career as an actor.

Broussard has managed to make a mark in the entertainment industry and looks like he's here to stay for very long. Some of his movies were loved by plenty and grabbed a decent box-office collection.

Broussard was caught in a controversy after some of his tweets were found to be inappropriate and were deemed as racist, problematic and xenophobic. He was found making an anti-Black Lives Mater statement on his Twitter account on August 21, 2018, by Tweeting critical things about African American participating in the Black Lives Matter movement.

He had also Tweeted about the 2011 Tohoku earthquake and tsunami in Japan three months after it occurred making a harmful joke by saying "Dogs can sense earthquakes, Too Bad Japan ate them all".

Besides people found him liking some Sandy Hook Conspiracy theory about anti-Muslim and Pro-Second Amendment tweets also. He had also liked Hook's traumatizing message for the people and that was unacceptable. Broussard even refused to play to gay role ever in his career.

His co-star Lana Condor of the movie, To All the Boys I've Loved commented on this controversy saying she feels disheartened seeing his Tweets and is fed up of people asking her about this incident when it is Broussard who should take responsibility.

In response to all this, Broussard had Tweeted an apology which said that he is now dedicated to becoming a more informed and education version of himself. He had talked about taking full responsibility for his inappropriate and sensitive actions and looks forward to making himself an educated gentleman.

Israel Broussard is in a relationship with actress and Instagram star Keana Marie who is originally from Nice, Alpes-Maritimes, France. She has appeared in the 2014 movie, Posthumous where she portrayed the role of Harley. The couple has been posting each other's photos on social media from 2017 but the exact details as to when they started dating are not mentioned.

Marie has around 156.6k followers on her Instagram and 47.4k on Twitter. They are a lovely couple who look pretty cute together and the fans love them as a couple.

Broussard talks about having a passion for music rather than acting and wanted to be a drummer or a guitarist but ended up being an actor. He is quite mature for his age and is often found talking about youngsters using their phone too much and not enjoying the beauty of life.

He is quite active on his social media handles and has around 663k and 25.1k on Instagram & Twitter respectively. Broussard stands at a height of 5'11 feet and has a charming personality which can make anyone fall in love with him.

Here is a video about Israel giving an interview.