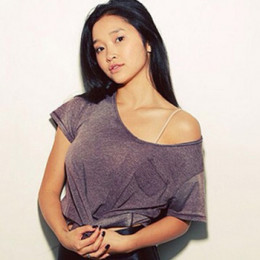 The astonishingly beautiful actress, Condor is going to make a big jump into the Hollywood industry with her feature film debut in the highly anticipated, Twentieth Century Fox Film X-Men: Apocalypse which is set to be released in 2016. She has studied various forms of dance at multiple prestigious dance academies such as: The Alvin Ailey American Dance Theater, The Joffrey School of Classical Ballet and The Gelsey Kirkland Academy of Classical Ballet. She is the proud daughter of Mary Condor and Bob Condor.

Actually, there is not much information available about her on the internet as she is not that famous till now. The adopted daughter of Bob Condor came to prominence as a cast member in the upcoming movie X-Men: Apocalypse, so personal details about her is yet to come. Currently, she lives in the Los Angeles. To stay connected and check out her images we can simply follow her on Instagram @lanacondor.