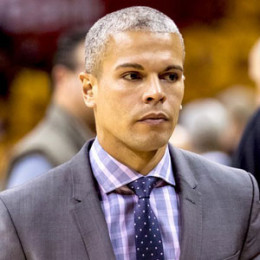 Israel Gutierrez is a journalist and sports reporter who is currently working for ESPN. He is the former employee of The Miami Herald as well as The Palm Beach Post. Gutierrez got engaged with his fiancé David Kitchen in February 2014. He opened up about his sexuality in 2015.

Israel was born on June 26, 1977. He hails from the South Florida of the United States and raised in Miami by his Dominican parents.

After the completion of high school from North Miami Senior High School, Israel enrolled at the University of Florida, Gainesville for his bachelors. While at the University he became the staff writer for the student newspaper Independent Florida Alligator.

Gutierrez began his professional career as a reporter and analyst at The Miami Herald and The Palm Beach Post. He covered Miami Heat basketball team for both the news papers. He also covered the Florida Marlins.

Later, Israel featured as a sports commentator on ESPN2’s ESPN First Take as part of 1st and 10 alongside Jay Crawford and Skip Bayless.

On March 18, 2008, Gutierrez made his debut on Around Horn. He then recorded his first win against Kevin Blackistone. With the continuous effort and hard work, he became a recurring panelist on the show.

After the gap of two years, Israel returned to the show on August 1st, 2012. He won against Bomani Jones in the Around the Horn Summer Games winning the gold medal. His work at the Miami Herald has received national attention with the regular mentions on USsportspages.com.

Mustering some experience from The Miami Herald and The Palm Beach Post, Gutierrez joined the ESPN as a sports reporter in 2008. He is now a regular panelist

Israel revealed about being gay in 2015. It took great courage to come out of the closet. He also confessed that he never had any girlfriends being gay and had been in a lot of affairs previously.

He engaged David Kitchen in February 2014. The duo met in Phoenix in 2010 and eventually fell for each other. He stated that he soon would be marrying his fiancé David in a very traditional way. The duo even planned to marry on September 12.

Israel Gutierrez earns a decent amount from his career. He holds a staggering net worth around $350 thousand.