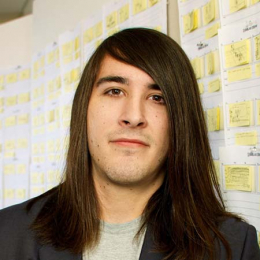 Primetime Emmy winner for the 'Regular Show', J.G. Quintel is a part of many successful animated series in the industry. Creating, directing, and producing different series, he makes some handsome net worth from his career. He also featured in hit shows like 'Regular Show', 'The Marvelous Misadventures of Flapjack', and 'Camp Lazlo' is his notable works.

Famous voice actor, J.G. Quintel is happily married to Cassia Streb since 2010. The duo tied the knot in an intimate ceremony in the presence of their close ones and family members. 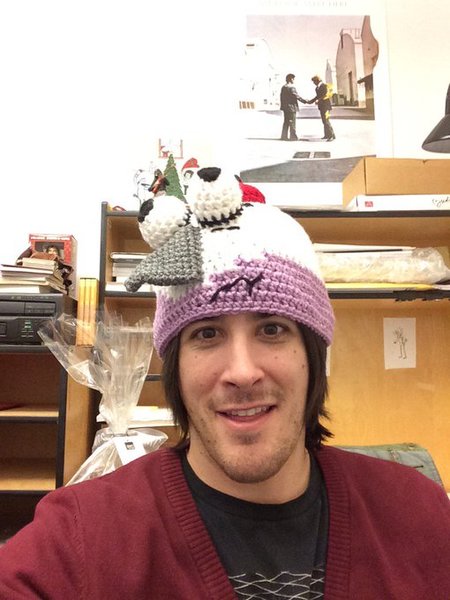 The couple is blessed with a beautiful daughter Lynn Streb Quintel. The actor, however, made sure his daughter stays out of the limelight, as he didn't ever share any information or picture of her in the media. He likes to keep his private life to himself, which is why he hasn't let any details drop out. It looks like he's a man who rather wants a life free from the spotlight.

Quintel is living a blissful life with his family without any troublesome situation. Moreover, there are no rumors suggesting any sort of cheating or split up in their relationship. 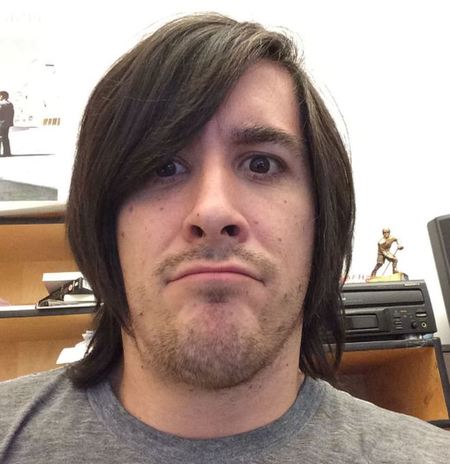 Although he's active on social media, he never shares anything about his personal life. Quintel rather focuses on his professional life and is more concerned about it. His concern helps him stabilize his intimate life.

What Is J.G. Quintel Net Worth?

J.G. Quintel holds a decent sum of net worth total of $1.6 million. He's a TV producer with some successful shows, which defines his earnings. The average earning of an animation producer in the U.S. is about $108 per hour which makes around $55,000 per year.

Quintel also made an impressive amount as a voice actor, in the US the average salary of a voice artist made roughly $17.50 per hour and $35,360 per annum. So, he might earn the same figure.

J.G. Quintel's career is all surrounded by television, animation, production, and direction. He is the creator of the popular animation 'The Regular Show' which airs on Cartoon Network.

Quintel further debuted with a short movie The Naive Man from Lolliland in 2005. However, his notable animation came in 2006 with 2 in the AM PM which is much more vulgar with swearing and drug use.

J.G.'s road to success began when he got an internship at "Cartoon Network", working on hit shows like Camp Lazlo and The Marvelous Misadventures of Flapjack. After working for a few years, he pitched 'Regular Show' using a storyboard for 'The Cartoonstitute' Project in 2008. The 'Regular Show' was picked up as a series after the Cartoonstitute was dropped.

Quintel's best project is always 'Regular Show' which helped him to achieve the success he deserved in the industry. Furthermore, he used to watch 'Beavis and Butt-head' by Mike Judge, which gave him the idea of a foundation for his own 'Regular Show' pair. Also, his inspiration for the show came from an old British program and video game called ToeJam and Earl. He talked about the show, have a look at his interview!

As of now, Quintel created a TV series 'Close Enough', which started to be airing in 2017 but was released in July 2019. The second season of Close Enough, likewise, was released in 2021 on HBO Max and the show has been available for the audience to watch on Netflix and iTunes. His contribution to the industry is of great value.

Born on September 13, 1982, in Hanford, California as the son of Terri Quintel and James Allen Quintel. He grew up with his brother, Payton Dean, who is two years younger than him. Moreover, he holds American nationality and belongs to a White-American ethnicity/race.

J.G. attended high school in Hanford in 1997 and graduated in May 2000. After the completion of high school, he went to the California Institute of the Arts aka CalArts as a part of the summer program. After failing to get admitted in the institute, he later attended two other colleges; College of Sequoias and College of the Canyons, also trying to get into the CalArts.

J.G. Quintel and wife Cassia Streb are blessed with a daughter Lynn Streb Quintel and kept her details secret.