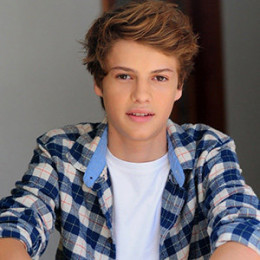 Jace Norman, an American actor, is currently dating Isabela Moner. He was born in Corrales, New Mexico and spent most of his childhood with his parents and brother. Jace, along with his family, moved to South California at the age of 8 where he joined a public school. He first began acting at the age of 12 as the role of Jessie in Disney’s "Jessie Show". Jace is mostly known for his works in "Henry Danger" as Henry Hart.

Jace Norman is currently dating American actress and singer, Isabela Moner. Their relationship was confirmed after Jace posted a picture kissing Isabela in his Instagram. He was nominated for Kids' Choice Awards Favorite Male TV Star (Kids Show) in 2016 for his work in Henry danger. Henry has not been a topic of talk for controversies and rumors yet. He is considered one of the most talented young actors.