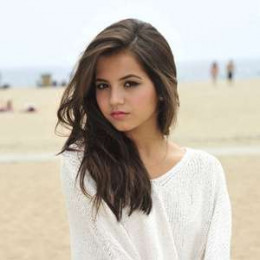 An American actress and singer, Isabela Moner, is currently single. She is an accomplished film, television, and stage actress at a young age known for her role as CJ Martin on the Nickelodeon series "100 Things to Do Before High School". Isabela was born to father Patrick and mother Katherine Moner. Her film debut came in 2013 when she appeared in the movie "The House that Jack Built".

Isabela Moner appeared on Nickelodeon's "Ho Ho Holiday Special" in 2015. Acting since the age of 7, she made her Broadway debut at the age of 10 in a production of "Evita". Isabela provided the voice of Kate in the "Dora the Explorer" spin-off "Dora and Friends: Into the City". She has a huge fan following at a young age.

Previously, she was dating fellow actor Jace Norman, but the couple has now broken up. As of now, though she is linked with Dylan Summerall, she has not officially accepted her relationship.