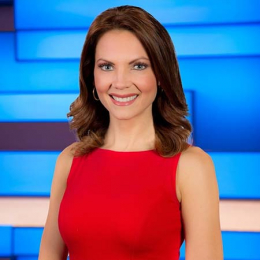 American anchor, host, and reporter, Jacey Birch is best known for her work in the Local 10 station channel. She worked for many networks like WBOY as a reporter and WDBJ as a weather reporter in her early career. Birch is also known for marrying the famous weatherman Trent Aric.

Jacey Birch is married to her longtime boyfriend Trent Aric on 12th of April, 2015 following their one year of engagement. The duo shared the wedding vows in Bora Bora at the Four Seasons Resort in a traditional Tahitian wedding ceremony. What's more, the couple decided to celebrate their honeymoon on a tiny island named sunset Motu, amidst the emerald waters of the South Pacific. 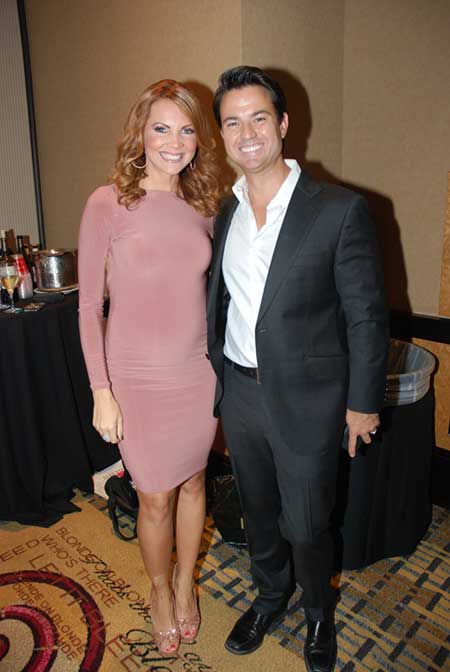 The pair officially started dating from late 2013, however, they were friends from over one decade and some even say that they were in a secret relationship since 2004. A year later, Jacey was going towards her studio to film an interview with The American Kennel Club but what she found was Aric on one knee proposing her. Ever since then, the duo is together.

Take a look at the wedding video of the couple;

The couple is a proud parent of a son named Jupiter Aric who was born on Saturday night of September 17, 2016. Jupiter was born healthy weighing 7 lb, and 5 oz.

Jacey and her husband felt some highs and lows in their relationship after staying together for three years. In fact, Birch filed for divorce against her husband in April 2018. The couple separated because of an ugly incident occurred in the parking lot in March of 2018. Further, her husband allegedly slugged her with a 30ounce Yeti mug during an argument. Following that, her spouse was arrested for the incident and charged with domestic battery.

Apart from that, Birch was previously married to a mysterious man. She never shares anything about her previous husband, however, it is confirmed that it was her second marriage with Aric.

What is the Net Worth of Jacey Birch? Know about her Earnings, Salary

Oh that’s just me cheesing it up again! A day smiling is a day living! What makes you smile?!

Birch started her professional career in late 1999 after working for the WBOY Network in Clarksburg, Virginia as a reporter. After that, she worked as a weather reporter for the Virginia network WDBJ. As of now, the reporter is working as an anchor and weather & traffic reporter with Local 10 station since 2009. Further, she also works for sports reporting segments whenever it is needed. 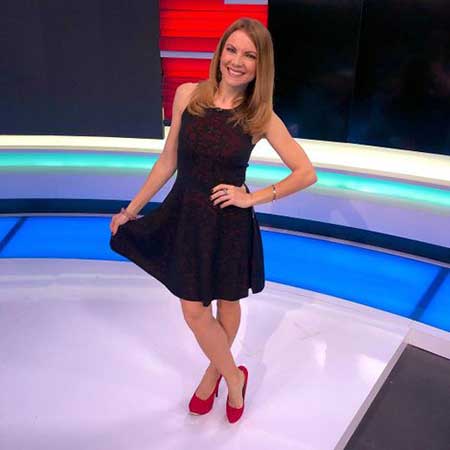 Visit marriedwiki.com/wiki to know more about your favorite celebrity biographies!!!!

Jacey Birch is married to her longtime boyfriend Trent Aric on 12th of April, 2015 following their one year of engagement.

Jacey and Trent are blessed parents of their son named Jupiter. The duo welcomed him on the Saturday night of September 17, 2016.