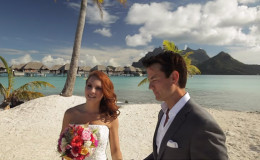 Jacey Birch is one of the stunning yet most talented anchors of ABC station WPLG in Miami, and since the past two years, she's been happily married to WPLG meteorologist Trent Aric.

The perfect couple has an inspiring story to share with all of us, and we recommend that you don't miss out on knowing the wonderful couple's amazing journey together.

Their love story takes us back to 2004 when both Jacey and Trent worked together in the weather department at ABC station, WPLG.

Both impressed with each other's personality and charisma, the duo didn't date immediately but grew close. The love didn't crawl on their spines until ten months of working together and following that they started their secret relationship. 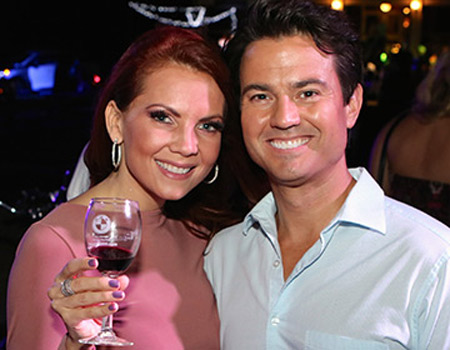 The duo remained committed for ten years, and in 2014, Trent proposed beautiful Jacey live on her channel that became the hot news of the day for ABC News. 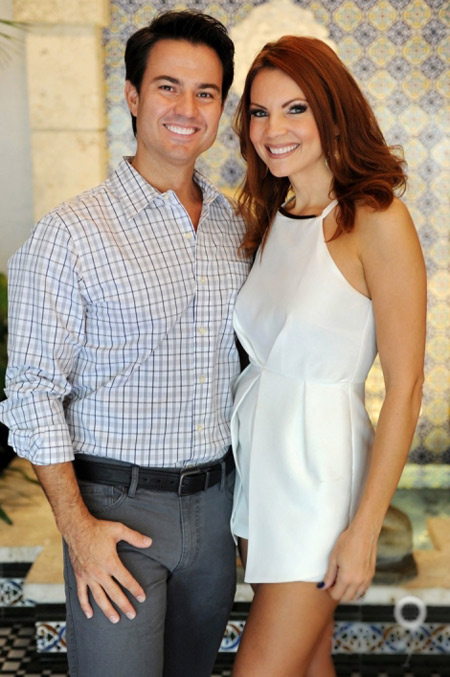 Soon after a year on April 12, 2015, the amazing pair married in the most romantic destination, Four Seasons Resort at Bora, Bora, French Polynesia in a tradition Tahitian wedding ceremony. 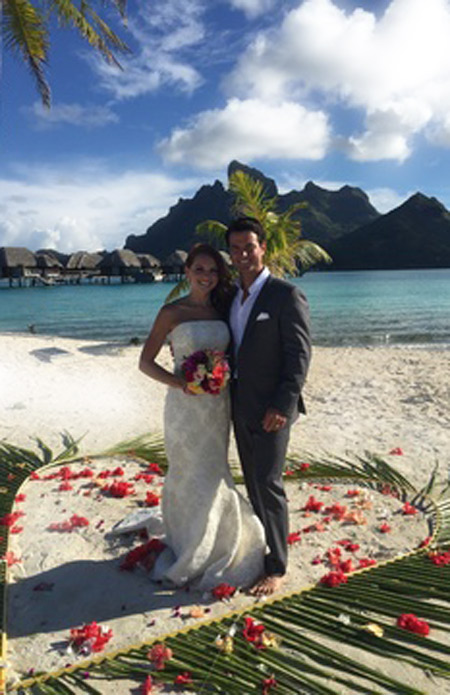 Jacey and Trent on their wedding day at Bora Bora
Source: YouTube

And for their honeymoon, the romantic couple chose to enjoy their precious time on a tiny island named Sunset Motu, amidst the emerald waters of the South Pacific.

Ever since the day, the pair remained together and has celebrated their blissful marriage together without any divorce or affair rumors.

The two are so much in love....some couples make you realize true love, and do exits and Jacey Birth and Trent Aric are one of them.

WPLG-Channel 10 morning anchorwoman Birch filed for divorce against the husband of 3 years in April 2018.

The 41-year-old TV personality took the crucial move of her life because of an ugly incident occurred in the parking lot in March at the Seminole Hard Rock Hotel & Casino in Hollywood.

Her husband allegedly slugged her with a 30-ounce Yeti mug during on argument. After the incident, he was arrested at their house the same day and charged with domestic battery.

Her divorce filing is the part of their irreconcilable differences. Trent Aric Mong left the ABC affiliate and is unemployed now.

The Pair Is Blessed With A Baby Boy-Jupiter

A baby makes a happy family of three!

?These smiles are PRICELESS!!!?

Their baby was born healthy weighing 7 lb, and 5 oz and the happy pair posted the exclusive photo of their baby on Instagram.

We’re getting ready for the @hsbroward #walk4theanimals - Jupiter is so excited because this year he can actually walk! Join us & donate to my page here: https://humanebroward.donordrive.com/participant/jaceybirch

Now, the family of three spends amazing time together and both are really happy in this exciting phase of their lives.

We can definitely say that Birch is a loving and caring mother. She is active on Instagram and Twitter where she frequently posts images with her baby boy.

On January 16, she posted an image with her son where she mentioned that she finished giving swim lessons to her son.

Well, we wish her all the very best for a blissful life ahead with her family. 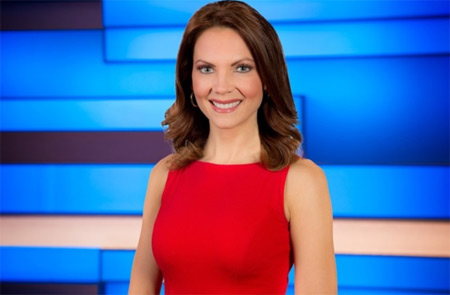