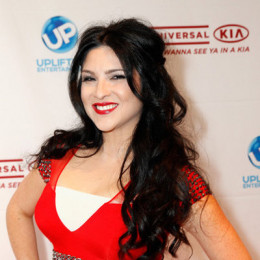 Jacquelyn Davette Velasquez is an American Latin pop and Contemporary Christian songwriter, singer as well as an actress. She sings and writes songs in both Spanish and English languages.

Jaci Velasquez was born Jacquelyn "Jaci" Davette Velasquez on October 15, 1979, in  Houston, Texas. She is American and has Mexican, Spanish, French, Scottish, and Arab ancestry.

Velasquez was raised in an evangelical church where her parents were singers and pastors. Her singing passion is inspired by her father.

Velasquez is the first solo artist who reaches Gold status with a debut album prior to the release of a sophomore project in the history of Christian music. In 1996, she released her national debut album, Heavenly Place and five of its songs became no.1 hits of the year. Later, it was certified as Platinum.

In 1998, she signed to Sony discos in 1998. Although she performs Latin music, she isn't fluent in Spanish. Velasquez signed with In pop records and she released her album, Diamond.

Besides singing, she has appeared in movies too like, The Encounter, The Chasing Papi, I'm Not Ashamed. She has been nominated for many awards including Grammy Awards, Latin Billboard Music Award, and Latin Grammy Award.

Jaci Velasquez has won many Dove Awards. She has been recognized as the fastest selling solo debut recording artist in her genre. She had been invited by First Lady Laura Bush and President Bush to perform in Washington DC at Gospel Music.

Jacin Velasquez, 38 is a married woman, she tied the knot with Nic Gonzales on December 17, 2006, at an intimate ceremony in Austin, Texas. Gonzales is a member of Salvador, a Christian group with whom she had been touring.

The duo is proud parents of two children, Zealand (born on 2007) and Soren (born on 2009). In December 2014, the couple was featured in an episode of the home remodeling reality TV show Renovation Realities.

Previously, she was married to Darren Potuck, of the band AutoVaughn on August 16, 2003. However, the couple couldn't handle their relationship and had divorced in 2005.

Velasquez is one of the successful Contemporary Christian musicians and actress. Her estimated net worth is $8.5 Million. In 1996, her debut album, Heavenly Place was certified Platinum.

In 2003, she made her acting debut with Chasing Papi which succeeds to collect the  $6 million worldwide and reached no.11 at the box office.

Jaci got married to Darren Potuck in 2003. He was the member of band Auto Vaughn. After two years of marriage they got separated for unspecific reasons.

After her divorced with her first husband she got married to a Salvator, a Christian band named Nic Gonzalez . She now is happily married.

She gave birth to her child in 2007 from her present husband. Her first child is a son. His name is Zealand David Gonzalez.

After two years in 2009 she again gave birth to a child from her present husband. Her second child is also a son and his name is Soren Arthur Gonzáles.