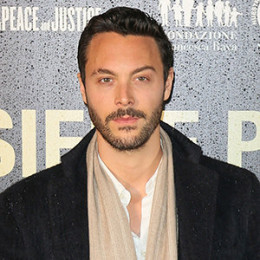 Known for his work in the HBO television drama series "Boardwalk Empire" as Richard Harrow and the famous supporting role in the movie American Hustle, Jack Huston is an English actor. He is the son of father Anthony Tony Huston and mother Lady Margot Lavinia Cholmondeley. His father was actor, writer and director. He decided to become an actor after he got a chance to play the role of Peter Pan in school production at the age of six. He started working as an actor professionally after working in a small screen adaptation of Spartacus. Later he got roles in Factory Girl, Shrooms, Outlander and Shrink. He worked in The Twilight Saga: Eclipse as Royce King.