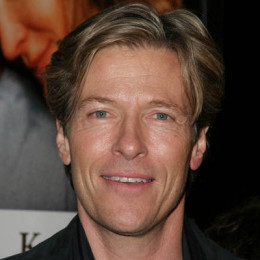 Peter John Wagner is an American singer and actor. He is best known for his roles in Melrose Place, Santa Barbara, The Bold and the Beautiful and General Hospital. In his home town he had attended St. Gertrude’s parochial school. He had after that attended St. Francis Borgia Regional High School. In University of Arizona he tried for drama department and golf team and the drama department offered him a full scholarship.

Jack Wagner married actress Kristina Wagner but they divorced in 2006. The former couple has two sons Harrison (1994) and Peter (1990).

Later, he started dating Heather Locklear in 2007. The pair who engaged in August 2011 called off their engagement on 15 November 2011.

In 2013, he confirmed his relationship with The Bold and the Beautiful co-star Ashley Jones.

He used to sing in the 80s. By Music (Canada) he had been placed in number 5 in the Top 10 Worst of the 80s. He had also won three times Club Championship at The Bel-Air Country Club. He had also hosted Miss Universe twice in 1998 and in 1999.

His second child is also a son and his name is Harrison Wagner. His second son is also from his ex-wife Kristina Wagner.