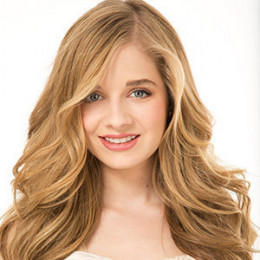 An American singer, Jackie Evancho, was born to mother Lisa and father Michael Evancho. Her father operated a video security business. She grew up with an older sister Juliet, younger sister Rachel and younger brother Zachary. She grew up in a Catholic family. Jackie completed her schooling from Pine-Richland School District. She got interested in music after watching The Phantom of the Opera.

Jackie Evancho was born in Pittsburgh, Pennsylvania, USA. Her parents are Lisa Evancho and Michael Evancho. She went to the Pine-Richland School District public schools. But in late 2010, because of her touring schedule, she switched to cyber schooling.

IN 2010, Jackie released an independent debut album titled Prelude to a Dream, subsequently making a record as the youngest opera singer. Even though Evancho's career had already taken off, it was the appearance on American's Got Talent which helped her gain worldwide recognition.

Jackie followed up her run on the show by launching a Columbia Records EP titled O Holy Night. She then released numerous albums titled Dream With Me, Heavenly Christmas, Songs From The Silver Screen, Awakening, Someday at Christmas, and Two Hearts.

Evancho is rarely ever seen speaking about her dating endeavors. However, she opened up about her mystery boyfriend in 2017.

In two separate interviews, it was implied she was dating someone. On 5th April 2017, Jackie was asked if balancing her career and personal life was tough. She replied:

"Dating is not hard if you're with the right person."

Although Jackie did not reveal the name of her partner, she more or less admitted she is in a relationship when she said:

"For now I'm seeing someone and they're really awesome."

The singer later did a second interview along with her sister Juliet Evancho where she was once again asked about her dating life. It was her sibling who provided the word of approval. Juliet further added her sister is with a sweet boyfriend now.

Meanwhile, Jackie also revealed she was dating someone prior and her debut album Two Hearts was influenced by the fact her ex-boyfriend dumped her.

Jackie Evancho's net worth is estimated to be $4 million. Her source of income includes her salary and earnings from her career as a singer and actress. This rising star is yet to reach her peak and it's expected her wealth will increase exponentially even further.