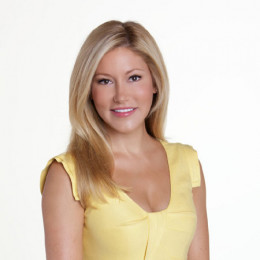 Jacqueline Johnson commonly known as Jackie is an American, actress, radio television personality who currently serves as a weather forecaster for KCBS-TV news located in Los Angeles, California. With a degree in broadcast journalism she graduated from Middle Tennessee State University. She has appeared in various television shows and films such as All About Steve, Soul Men and Battleship, as a news anchor.

Talking about her personal life, she is a married woman. According to the recent news from a source, she is going to get separated from her current husband who is a NFL star. The couple has a baby boy. The trust issue is cited as the main reason for the couple's separation. She has dated some guys in her past and nowadays she can be often spotted with a guy with whom she is said to be in relationship.

Max John Kidd is a former professional American football punter in the National Football League. The couple filed for divorce on November 4, 2014.

He was born safe and sound. Further details about him has not been disclosed yet.