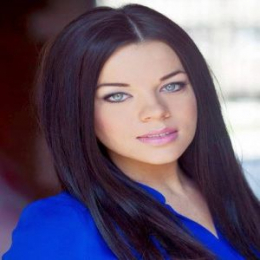 Jackie Redmond is a Canadian sports news reporter who specializes in covering hockey and baseball. At present, she hosts the program 'NHL Now' in NHL&MLB Network. Other than that, her lovey-dovey relationship with Biomechanical engineer Dylan Rochon is an interesting issue for everyone.

Jackie Redmond is rumored to be in a relationship with a bio-mechanical Engineer Dylan Rochon. The couple is really private about their love life and not many details of their romance are available in the public sphere. 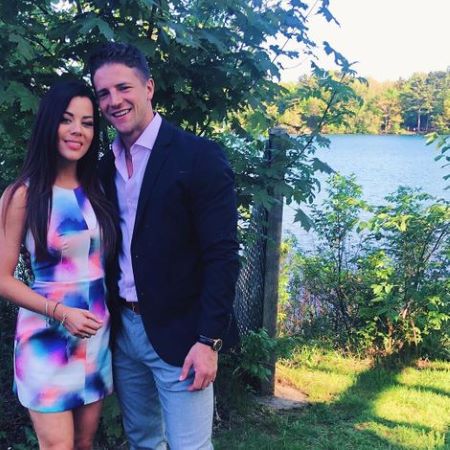 Jackie, rarely post pictures with her beau on Instagram. It looks like the pair are building their relationship away from the scrutiny of the public. There is also no engagement and wedding rumors about them.

What is Jackie Redmond Up To Now?

Redmond and her beau Dylan Rochon aren't married to this date. However, they are so in love with each other that they're planning to take it to the next level soon.

Even though, Jackie occasionally shares the picture of her lover and the moment they've spent together the cupid is going very strong with their relationship. Her partner is a Bio-Mechanical Engineer by profession. His soon to be wife, Redmond currently works as NHL and MLB Network.

Prior to falling for Rochon, Jackie shared vivid posts hinting at having an affair in the past. According to a Twitter post of 3 November 2011, Redmond said she learned something from her past relationship.

Jackie, however in 2018 was rumored dated Toronto Blue Jays Major League Baseball player Josh Donaldson. Later, it was reported that Josh's then-girlfriend Briana Miller found about their affair and broke up with him. In Particular, many speculated it was the reason behind Jackie moved from covering baseball to hockey.

What is Jackie Redmond's  Net-worth? Know more about her Earnings and Salary.

And just like that, another one in the books ! I cannot believe it’s been two years @nhlnetwork and as I reflect on the journey I could not be more grateful. I work with incredible people both on camera and off. Our show, NHL Now, is a beast. Two hours+ every day with no games, so the content is dependent on the team that creates it. So to the producers, editors, directors, cohosts, and anyone behind the scenes, thank you for your hard work and dedication to making ideas (often times crazy) come to life. #NHLNow is defined by the creators behind it, and I think we have a pretty damn fun show! And of course, my biggest thanks goes to the hockey nuts that tune in. You guys and gals are incredible and your tweets and comments do not go unnoticed. And finally, I just want to express how LUCKY I am to work at a network that constantly encourages me, to be ME. For better, or worse. I am the happiest I’ve ever been... and to the haters, I AINT DONE YET!

Jackie Redmond was born on April 12, 1987, in Canada. She is of Canadian nationality and her birth sign is Aries. Jackie's immediate family consists of father, mother, and sister named Marcy Thomas. The family is originally from Halifax, Nova Scotia but later moved to London, Ontario.

My sister is HILARIOUS. My mom is FABULOUS. And my dad is the HAPPIEST person I know. I am blessed beyond reason •: @writerwinston • • • • #FamilyFirst #FamilyPhoto #FamJam #TurningThomas #Weddings #Weddingseasom #weddingdress #nhl #mlb #leafs #hockeyfam #blessed

Redmond was interested in sports since her childhood and played hockey and baseball her whole life. In addition to that, she used to do play basketball and did figure skating too.

Jackie attended Guelph-Humber University and got a degree in media communications. After college, she did an internship at Rogers TV in London, Ontario. However, she got a big break in journalism when she won the show  Gillette DRAFTED 3: The Search for Canada’s Next Sportscaster in 2011.

Some interesting Facts of Jackie Redmond