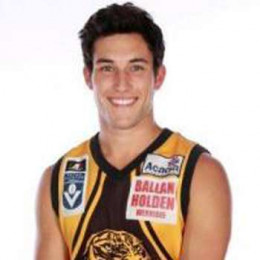 He is a talented actor, best known for his portrayal as Jonas on the lonelygirl15 videos series, its spinoff KateModern and its sequel series, LG15: The Resistance. He is also known for his lead role in the film You, Only Better..., a movie about life coaches. He was on the United States Navy before pursuing his career in acting. Since 2005, he has appeared in numerous films, TV series and advertisement.

When it comes to his personal life, he has always stayed low profile. Till now there is no any information available about his personal background such as family details, childhood status and his relationship history and status. Being so dashing and popular, people want to know him better but he has managed to keep his personal life away from the media. Talking about his sexuality, he is not a gay.