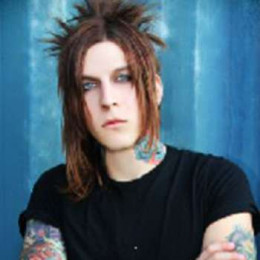 He is a British musician, best known as the former lead guitarist and backing vocalist of the American post-hardcore band Falling in Reverse, where he stayed till 2015. In 2016, he formed his own band named Cry Venom. He is also known for his solo album titled "Star X Speed Story", which was released in 2013 by Shrapnel Records. In 2012, he was named Guitarist of the Year by the magazine Alternative Press.

Talking about his personal life, he is yet unmarried and is single as well. Actually, he hasn't been that friendly with the media when it comes to his personal life information. Till now he hasn't shared any information regarding his relationship stuffs. He moved to United States at the age of 20 and currently lives in Las Vegas, Nevada. We can stay connected to him via Twitter @JackyCVincent.