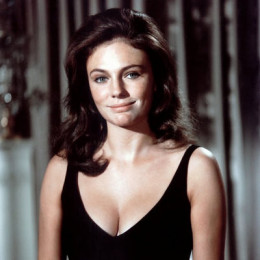 Jacqueline Bisset is an English actress who first came into recognition after appearing in the movies The Detective and Bullitt. Other of her most recognized performances are at Rich and Famous (1981), Under the Volcano (1984), La Cérémonie (1995),etc. She has been nominated and winner of several awards.She is a receiver of one of France's highest honors, the Légion d'honneur in 2010.

She has never been married but dated number of boyfriends including actor Michael Sarrazin, Russian dancer/actor Alexander Godunov, Swiss actor Vincent Pérez, and Moroccan real estate magnate Victor Drai. She is currently single and in her old age. There were a series of her long and short term affairs.

She revealed that she never married because she won't be able to handle bad habits in her life partner in a long-term relationship. Speaking to The Independent in 2014, she stated that she's been in many interesting men in her life.

'Sometimes you get too much information when you spend time with people. You start to see things – bad habits."

'You start to discover them and then you have to marry bad habits and I'm not sure I can cope with them.'

'I don't ever have bad relationships.'

She was also rumored in few of the relationships which she has clarified to be false. It is not known why she did not marry as she was so popular and beautiful but whatever the case, she is living happily and is happy with her life.

She is godmother to actress Angelina Jolie.

She rose to fame playing in The Sweet Ride, Bullitt, and The Detective in 1968. Her movie Day for Night won the Academy Award for Best Foreign Language Film in 1973.

She is now a grown up lady. She is very beautiful and is busy in her own life. No information is available on her.

He is a grown up person now. He is very handsome and he is busy in his own life. No information is available on him.