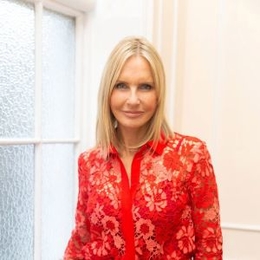 Jacquie Beltrao is an Irish journalist who works as a sports presenter for Sky News. The charming lady is a former gymnast who competed at the highest level and took part in the 1984 Olympic Games in Los Angeles. Dig deep as we unfold that she is a real-life hero and inspiration to many women.

Who is Sky News Presenter's Husband? Does She Have Any Children?

Jacquie Beltrao is a married woman and is living a marital life with her Brazilian husband, Eduardo Beltrao. In her Twitter posts, she shared that she met her spouse for the first time on June 02, 1996.

After getting to know each other well, Jacquie and Eduardo dated for a while, and three years later, the duo walked down the aisle on December 05, 1999. Since that wonderful day onwards, the couple is living as life partners. 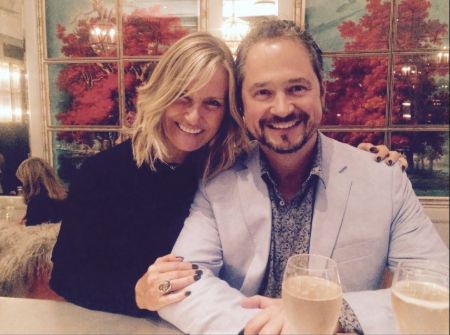 Recently, the female journalist dedicated a short post to her husband on Instagram as they celebrated their 20th wedding anniversary. Congratulations to the lovely pair for the impressive milestone! 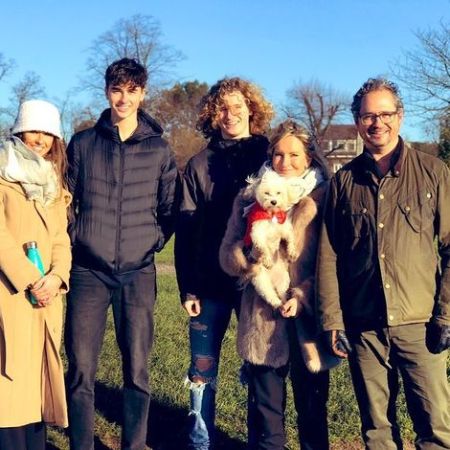 Along with her partner and their grown-up kids, the Sky News presenter lives at their home in Southwest London. Since her husband is a Brazilian, the family also owns a house in Rio de Janeiro and splits their time between London and Brazil.

Jacquie Beltrao is a Cancer Survivor

In December 2013, viewers were shocked when Jacquie Beltrao announced tweeted she was diagnosed with stage-2 breast cancer. On a routine check-up done on Christmas eve, doctors noticed a pea-sized lump on her right breast.

It was sad news for many, especially her family. Naturally, the female journalist was in dismay and, at the same time, in fear of death as only two years before her diagnosis, her aunt had died from the same disease.

The veteran presenter worried for herself and her partner and kids who meant the world to her. It was indeed a tough time for her, and it stills scares her even today.

Check out the clip of Jacquie Beltrao's interview on the occasion of five years since her cancer treatment!

Thankfully since it was at an early stage, her cancer was treatable. Two weeks later, she was on the surgery bed for mastectomy and reconstruction. Jacquie had five cycles of chemotherapy in four months.

The former publicist described her chemotherapy experience as "hideous" and told she felt sorry for herself. Not long after the treatment, she was all cleared and made a full recovery. The experience was not sweet, but it did change her life and gave her confidence.

Jacquie is now working as an ambassador for breast cancer charity Future Dreams. After her surgery, she also modeled in swimwear by Melissa Odabash.

At the moment, the mother of three says she is feeling great and told if cancer does come back, she will fight it again. The 55-year-old added, “I’ve done it once, and, if I need to, I know I can do it again.”

Most might not know about this fact, but in 2019 Jacquie Beltrao underwent cosmetic surgery to look younger. The lady stated that the chemotherapy treatment for her cancer a few years back aged her a lot, which was quite a problem, give the fact that her job is in front of the camera.

The presenter said she felt pressured, and in comparison, it was quite convenient for male presenters because even if they are old fat, grey, and wrinkly, they are always "going to have a job." 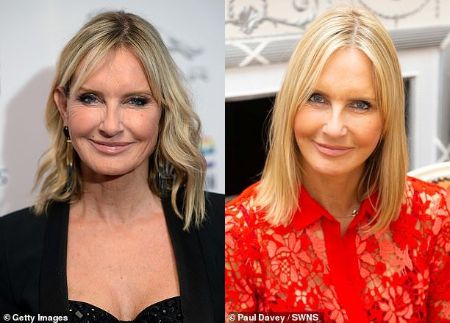 Jacquie Beltrao before (left) and after (right) her plastic surgery. SOURCE: Getty Images

Beltrao, therefore, wanted to do something about it and decided to go for a face and neck lift at the Harley Street Skin Clinic in London. The operation lasted for six hours, and it removed her wrinkles, deep-set lines, and tightened her skin loose skin.

After her rejuvenated looks, Beltrao expressed her joy as she said:

"My first day back at work was just before Christmas - I felt great. I am more confident and what I wanted to have done has definitely been achieved - I feel great and it really freshened up my face."

The underwent her cosmetic. The whole procedure cost her £11,000 ($13,669), which she might also agree is a fair price to pay for gaining a bit young.

In her illustrious career, she has only worked with Sky News, where she joined in a full-time position in 1992. She was one of the main presenters of weekday (Monday to Thursday) sports news "Sunrise," which ended its run in 2019.

Jacquie Beltrao and her husband Eduardo has three children one of whom is Amelia Beltrao.

Sky News presenter Jacquie Beltrao and her partner Eduardo's oldest son is Tiago Beltrao who was born in 2000.