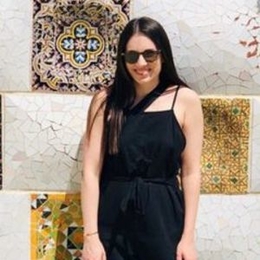 An editorial director at ShopBAZAAR of Harper's Bazaar, Jade Frampton, is a name few might have come across. She is the daughter of one of the highly respected musicians in the world from whom she garnered media attention and fame. You may have guessed it already; she is the daughter of legendary English musician Peter Frampton.

To everyone wondering about former the Heard guitarist's eldest daughter Jade, she is a married lady and is living in matrimony with her husband, Samuel Homburger. Her partner is an advertising account director at The New Yorker magazine. 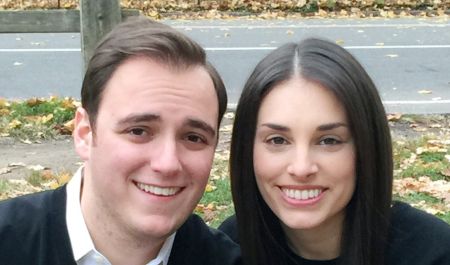 The couple walked down the aisle in the presence of their family, friends, and relatives on January 10, 2015. The wedding ceremony was held in the Harold Pratt House, New York. Rabbi David Gelfand officiated the pair's marriage. 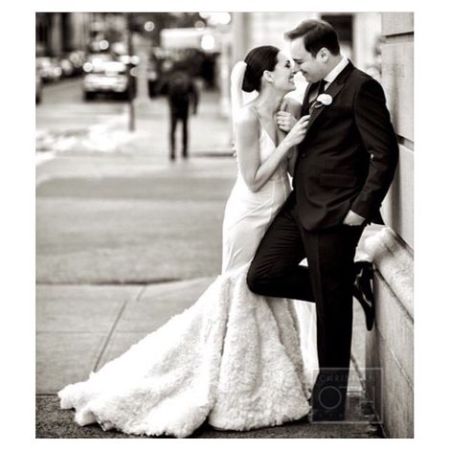 Ever since that day onwards, the couple has been living as husband and wife. As both of them are not celebrities, they keep their personal life private. 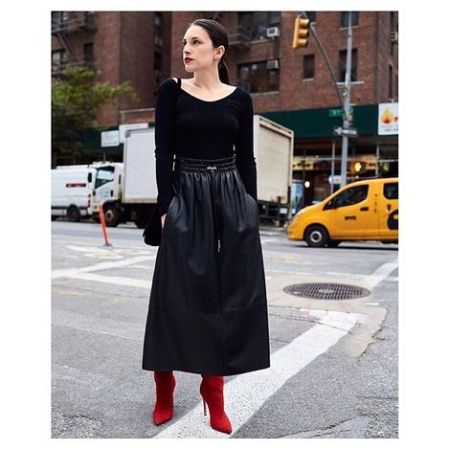 Jade is active on Instagram and often shares her activities on it. She uploads pictures of her works, travels, and her pet.

On December 26, 2019, the celebrity child revealed that she is pregnant and expecting a child. The editorial director, furthermore, divulged that her baby would be arriving in April 2020. Jade announced the good news to her followers by uploading a picture alongside her dog with her hand on her stomach. 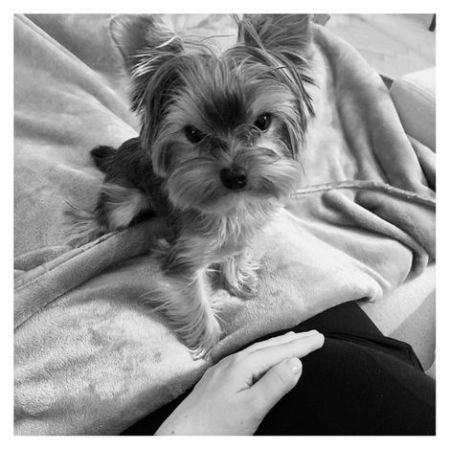 "Theo asked for a baby sister for Christmas-she will be arriving this April."

No doubt, these few months will be a long wait for the Jade and Samuel. Congratulations beforehand to the lovely couple for this wonderful news!

As you already know it, Jade's dad is an English rock musician Peter Frampton who is also the former member of "Humble Pie" and "the Herd." Her mother is Barbara Gold, a real estate brokerage who is the second wife of the legendary singer.

Frampton's parents lived as a married couple for about ten years from 1983 to 1993. She also has a younger brother Julian Frampton who is also a singer. 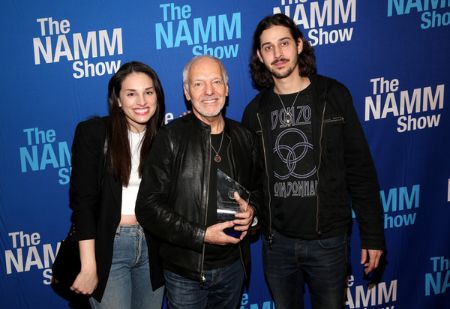 The lady is close with her family and shares a sound relationship with her brother and father. The family occasionally appears in the media usually attending events and programs together.

Jade also has a younger half-sister Mia Rose Frampton who was born after her father's third marriage with Tina Elfers. Mia is a renowned American actress known for her works like "Bridesmaids," "The Row," and "Hope Springs Eternal."

Previously, she worked as the senior fashion market editor at the world-famous lifestyle magazine, Ellie Magazine. She is working at American women's fashion magazine, Harper's Bazaar as its editorial director.

With her expertise working in the field for years in a reputed company, she is sure to earn hefty cash from her profession.

Speaking about Jade's wealth, it would be incomplete without mentioning her old man Peter Frampton.  The "Show Me the Way" singer has amassed a good fortune from his professional career. From his more than a half-century of toil in music, he possesses a net worth of $30 million. Pretty impressive!

For more similar celebrity Biography and News, be sure to go to our website Married Wik!

Jade Frampton is currently living a happy married life with her husband, Samuel Homburger. Her partner is an advertising account director at The New Yorker Magazine.