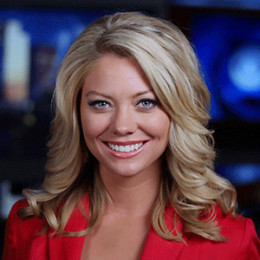 An Emmy award-winning journalist and anchor, Jadiann Thompson graduate of the University of Arkansas where she studied broadcast journalism. Before being in WHDH-TV, she worked as a Multimedia Journalist and weekday evening anchor for KPHO and KSHB respectively.Jadiann Thompson worked as a weekday evening anchor from April 2013 to June 2015 on '41 Action News KSHB'. She reported heavily on immigration reform and spent nearly two weeks on the front lines covering the Wallow Fire, Arizona’s largest wildfire in state history.

Jadiann Thompson was born in the United States of America. There is no exact information about her date of birth.

Regarding her education, she completed her graduation from the University of Arkansas in Bachelor of Arts, Broadcast Journalism.

Thompson started her career working as an intern on Capitol Hill for Congressman John Boozman who is now a US Senator. Then she worked as an English teacher at Gredos San Diego.  After that, she became a reporter, anchor and assistant news director in Mark II Media from February 2009 to February 2011.

Then she moved to KPHO – A Meredith Corporation and worked there for two years from April 2011 to April 2013.

After working there for two years she again moved to 41 Action News KSHB where she worked as a weekday evening anchor from April 2013 to June 2015. There her job roles was editing, shooting and news writing. 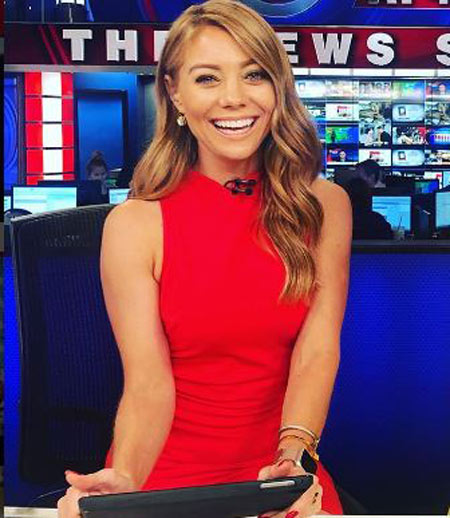 She worked with the producers to anchor which became the highest-rated evening newscast show at 6 P.M, Monday to Friday.

As of now, Thompson is working as a weekday evening anchor for WHDH-TV from June 2015. She anchors 7NEWS at 6 PM and 11 PM on 7NBC and 7NEWS at 10 PM. In addition, she has won an Emmy Award three times.

Thompson is a very focused, dedicated and determined journalist who has worked in multiple news so as to build her name in the profession. She has been through many struggles to gain her goals and objectives of being a unique journalist.

Her exact net worth and salary has not been disclosed but there is no doubt that she gathered a decent amount of money from her journalism career.

But as per the various sources, it is reported that NBC 7 pays the annual average salary of $50K to its employees. So, we can assume that her salary is in the highest range. Thompson's net worth is still under review.

Besides this, she spends much of her free time as an emcee for charity events and has worked closely with the ALS Association.

Talking about an Emmy Award-winning journalist as well as anchor's personal life, she has kept her private life in a tight wrap box. She seemed to be a secretive person as she has not revealed any information about her private life.

Despite working with the media, she has successfully hidden her personal life and has not disclosed any personal information. There is not any information regarding her married life.

However previously there were rumors that she was dating an unknown guy as she had shared a picture with the unknown guy writing the caption "with my date" on her Instagram account.

Her fan followers were confused that whether she was in relationships or single but the above-uploaded image made them believe she is dating that unknown guy. She has uploaded more pictures on her Instagram account with that guy. But she has never revealed anything about him.

On the present day, she is unmarried and does not have a husband. Ans she has never spoken about her marriage decision neither has affirmed her relationship with that unnamed guy yet. She is enjoying her single life and living a lavish life.

Thompson loves riding horses and being involved in the community.

Below we present the video of Jadiann Thompson;