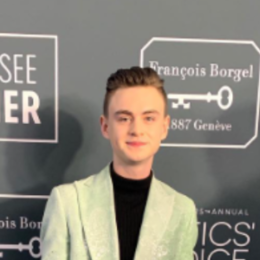 Jaeden Martell is an actor from the United States. In the film adaptation of Stephen King's novel It, which was released in 2017, the 19-year-old star played the part of Bill Denbrough, and he returned to that role in the 2019 sequel to the film. In addition, Martell was the main character in the television drama Defending Jacob and participated in the mystery film Knives Out. 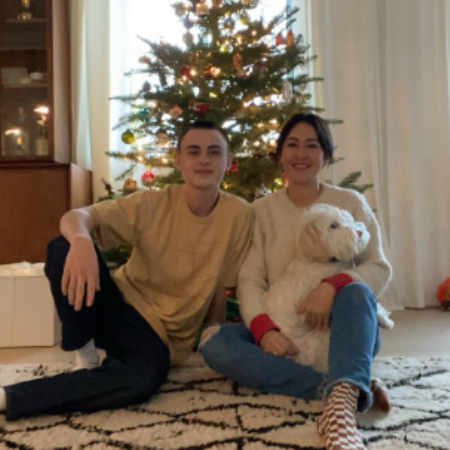 Martell is the son of Angela Teresa Martell and Wes Lieberher, an executive chef in Los Angeles. His maternal grandmother's name is Chisun Martell, and she is of Korean descent. Jaeden relocated to Los Angeles when he was eight years old after spending his childhood in South Philadelphia. He has one sibling named Jovi Lieberher.

Jaeden Martell Net Worth In 2022

As per Celebrity Net Worth, Jaeden Martell's net worth is $1 million in 2022. Even though he has only been working in the industry for a short while, Martell has already garnered quite a few accolades. 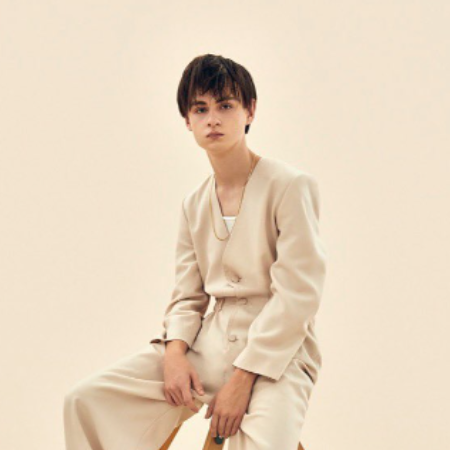 As per Celebrity Net Worth, Jaeden Martell's net worth is $1 million in 2022. SOURCE: Instagram

According to Netflix Life, his performance as Oliver in the film St. Vincent, in which he had previously appeared, earned him several nominations and awards from the Las Vegas Film Critics Society and the Phoenix Film Critics Society. In addition to that, the Washington, D.C. Area Film Critics Association, the Critics' Choice Movie Awards, and the Online Film & Television Association all recognized him with nominations.

With his co-stars Finn Wolfhard, Sophia Lillis, Jack Dylan Grazer, Wyatt Oleff, Jeremy Ray Taylor, and Chosen Jacobs, Jaeden was awarded the Best On-Screen Team trophy at the 2018 MTV Movie & TV Awards for their work in the movie It.

Jaeden Martell was given credit for his work for the first six years of his career, nearly entirely under his family name, Lieberher. The year 2019 marks the beginning of his use of the surname Martell, which was his mother's maiden name. The first time people saw Martell on screen was in a promotion for the toy line Hot Wheels. 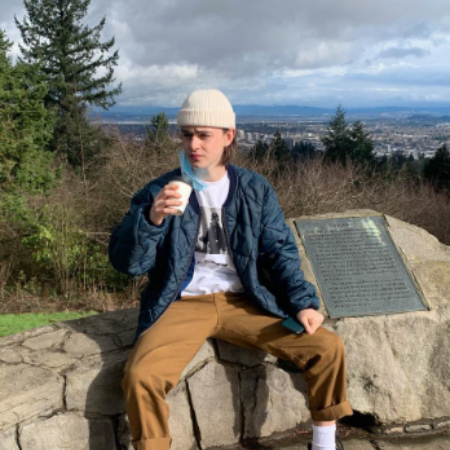 Jaeden Martell was given credit for his work for the first six years of his career, nearly entirely under his family name, Lieberher. SOURCE: Instagram

After that, Martell was in advertisements for several other companies, such as Google, Moneysupermarket.com, Liberty Mutual, Hyundai, Verizon Fios, and General Electric. His first significant part in a feature film was in the 2014 movie St. Vincent, which also starred Bill Murray. After that, Murray provided Cameron Crowe with a recommendation for Martell to cast in the role of Aloha in the director's 2015 film.

In the movie The Book of Henry, which was released in 2017, Jaeden portrayed the role of the title character. Martell got additional notoriety for his leading part as Bill Denbrough in the supernatural horror thriller It and its sequel, It Chapter Two. Both of these films were released in 2017 and 2019.

In 2019, Rian Johnson's film Knives Out featured Martell as a member of the film's ensemble cast. The movie is a murder mystery. In March 2019, under his new stage name of Martell, he became a cast member on the Apple miniseries Defending Jacob, which was adopted from the William Landay novel of the same name.

On April 30, 2020, during an Instagram Live interview with Teen Vogue, Jaeden stated that he had joined the cast of Tunnels as Grayson Mitchell, the younger sibling of a victim of gun violence. This news was shared with the audience via the social media platform Instagram. The movie does not currently have a scheduled or confirmed release date.

Martell played the role of Morty Smith in a series of promotional interstitials for the two-part fifth-season finale of Rick and Morty, which aired in September 2021. In February 2021, he became a member of the cast of Metal Lords on Netflix. In the Netflix film Mr. Harrigan's Phone, which was written and directed by John Lee Hancock and was based on the short tale If It Bleeds by Stephen King, Jaeden played the role of Craig in October 2022.

Does Jaeden Martell Has A girlfriend? or Is He Gay?

There is no actual evidence, at least in the public eye, to indicate that Jaeden Martell is single or in a relationship at this time; nonetheless, there are rumors that he has had a number of connections in the past. Even if there were more records, there wouldn't be enough to connect him to a possible girlfriend. 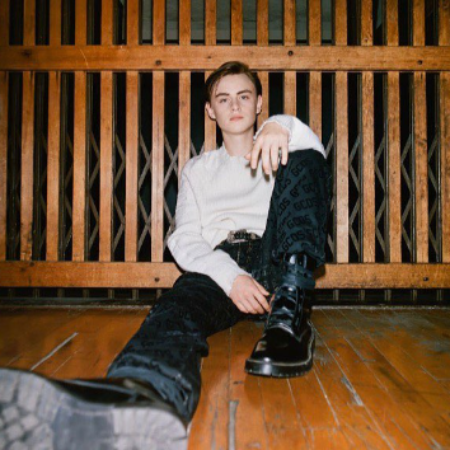 There is no actual evidence, at least in the public eye, to indicate that Jaeden Martell is single or in a relationship at this time SOURCE: Instagram

It was said that Martell was romantically involved with his co-star on The Book of Henry, Maddie Ziegler, at one point. However, it is common knowledge that Ziegler has been involved in a committed relationship with her boyfriend, Eddie Benjamin, for quite some time.

There are also rumors circulating about Jaeden's possible sexual orientation. It has been suggested that he is gay because he is frequently spotted with his It co-star Jack Dylan Grazer at events such as press promotions and award ceremonies. The fact that there are no publicly known details regarding Martell's sexuality and dating history, on the other hand, means that these claims can be regarded as rubbish for the time being.