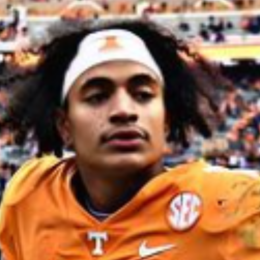 Who Is Jalin Hyatt Dating?

As per Efocus, Jalin Hyatt is romantically involved with his girlfriend, Molly Murphy. Model and blogger Molly has over 9,000 followers on her Instagram account. She is affiliated with the Princess Polly clothing label as a model. 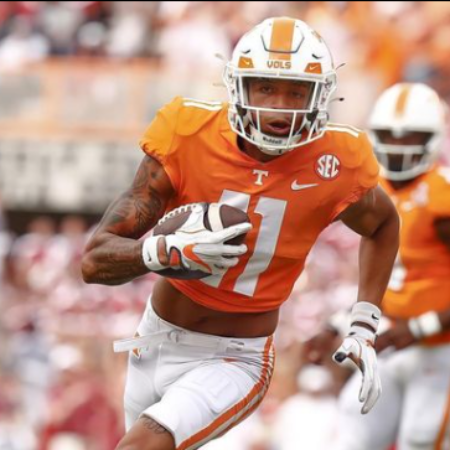 Molly posted an Instagram video with Jalin where the two were holding hands and enjoying cigars. This action sparked the beginning of the allegations that the two were romantically involved.

On September 25, 2001, Jalin Hyatt was born in South Carolina. Hyatt was the eldest of two sons born to Jamie Hyatt and Eneveylan Hyatt. He grew up with his brother Devin Hyatt. 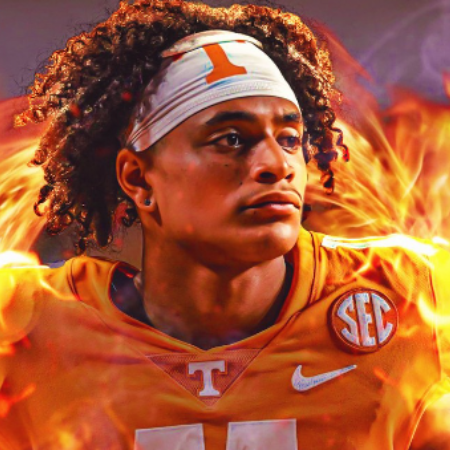 Hyatt attended Dutch Fork High School in Irmo. He finished his high school career with 3,624 receiving yards and 57 receiving touchdowns, all of which are school records. According to 247Sports, Jalin graduated from high school with a rating of four stars as a recruit at wide receiver.

Despite his achievements in high school, Hyatt was not recruited by in-state institutions like Clemson or South Carolina due to their concerns regarding his small stature. At the time, Jalin weighed only 153 pounds, which caused both programs to have reservations about recruiting him.

In February 2019, Hyatt made public his intention to enroll at Virginia Tech; however, in June of that same year, he resumed his search for a new school. On July 27, 2019, he announced his intention to play collegiate football for the University of Tennessee, which Jeremy Pruitt coached.

Jalin Hyatt has an annual salary averaging close to $450,000. His net worth is around $1 million. He is now in his third season of collegiate football with the Tennessee Volunteers, representing the University of Tennessee. 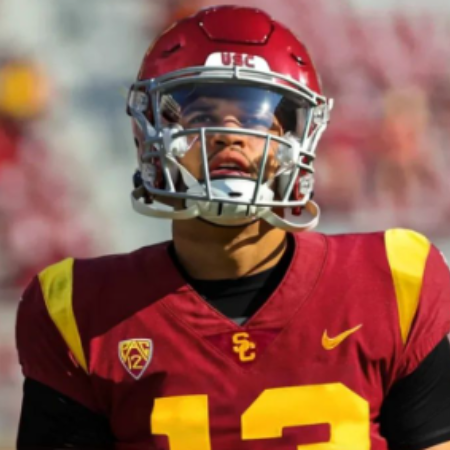 Hyatt, widely regarded as one of the quickest players in college football history, is scheduled to graduate in 2023. After he completes his studies at the college level, he may be picked up by the NFL.

With the triumph over Missouri on October 3, 2020, Jalin Hyatt would record his first college reception with a score of 35-12. On October 22, he scored his first touchdown, a pass of 38 yards from Jarett Guarantano. At the end of his first year, Hyatt would finish with 20 receptions, 276 receiving yards, and two touchdowns. 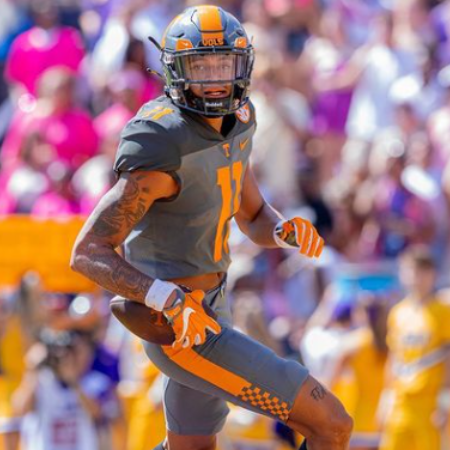 With the triumph over Missouri on October 3, 2020, Jalin Hyatt would record his first college reception with a score of 35-12. SOURCE: Instagram

Hyatt was supposed to be a breakout player for Tennessee heading into his sophomore season. Unfortunately, he struggled with injuries and a lack of playing time, starting only one game, and ultimately finished the season with 21 receptions, 226 yards, and two touchdowns.

Once again, many people, including the head coach of Tennessee, Josh Heupel, considered Jalin a possible breakout player as he entered his junior season. Heupel cited Jalin's improved strength and confidence as potential keys to his success. Hyatt's junior season began.

Hyatt set a new career high with 11 receptions during week 2, playing against #17 Pittsburgh. The following week, he had his first career effort of 100 yards or more, accumulating 166 yards in a game against Akron. Then teammate wide receiver Cedric Tillman went down with an injury, which allowed Hyatt to take over as Tennessee's primary target for pass receptions.

On October 15, 2022, Jalin broke out against #3 Alabama, recording a career-high 207 receiving yards and catching a school record 5 touchdowns in a 52-49 upset win, which was the Volunteers' first win over Alabama since 2006. This was the first time the Volunteers had defeated Alabama since 2006.  Hyatt would follow up his historic effort against Alabama with another excellent performance the following week, catching seven catches for 174 yards and scoring two touchdowns in a rout of UT-Martin in the game's next week.

In the game against Kentucky the following week, on October 29, 2022, Hyatt caught his 14th touchdown, breaking the record for most touchdown receptions in a single season held by Tennessee. The following week, Tennessee played Georgia on the road in an undefeated showdown between the teams rated #1 in the CFP and #1 in the AP Poll rankings, respectively.

In Tennessee's loss to Georgia by a score of 27-13, in which Jalin was held scoreless, the offense could not get going because Georgia's defense was so physical. Hyatt would get back on track the following week against Missouri, catching seven receptions for 146 yards, including a touchdown throw of 68 yards from quarterback Hendon Hooker, on the way to a 66-24 victory for his team.

In the final game of the regular season, which Vanderbilt won 56-0, Jalin finished with a performance that included three catches for 83 yards and a touchdown. It was announced at the end of the regular season that Hyatt had won the Fred Biletnikoff Award, which is given annually to the player considered the top receiver in the nation. He is the first athlete from Tennessee to win this award.