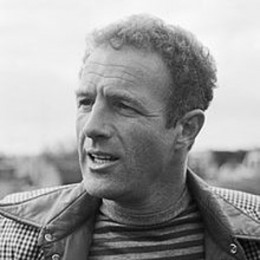 James Caan is a Golden Globe award-winning actor best known for his role as Sonny Corleone in The Godfather. Further, he has appeared in several other movies including Misery, Kiss Me Goodbye, Elf, and EI Dorado. Even in his late 70s, Caan is still involved in the movie industry.

Who Is James Caan's Present Wife? Is He Still Married?

James Caan, 79, is single at present. He is not heard of having a relationship with any woman following his latest divorce from Hajeck in 1994.

The JL Ranch has been married four times in his life. Firstly, he married Dee Jay Mathis in 1961. The couple were together for five years and separated in 1966. They were blessed with a daughter named Tara.

Secondly, Caan tied a knot to Sheila Marie Ryan, former girlfriend of Elvis Presley. They together welcomed a son named Scott Caan in 1976. After divorce with the second wife, he married Ingrid Hajek from 1990 to March 1994. Ingrid and Caan had a son Alexander James Caan with her.

He then walked down the aisle, Linda Stokes. As husband-wife, the pair had two sons named Jacob and James. His relationship with Stokes also dissolved as he filed for divorce on November 20, 2009, citing irreconcilable differences.

As of now, Caan has five children and four grandchildren, three from his eldest daughter Tara and one from his son Scott Caan. In 1994, he was arrested after being accused by a rap artist of pulling a gun on him at Los Angeles.

How Much Is James Caan's Net Worth?

The Godfather actor James Caan is living a luxurious life as his net worth is reported to be around $40 million. He receives a salary of $2 - $8 million in a year for his appearance in movies.

He owned an 8-floor apartment building where Caan was residing. He shared 5,146 square feet Beverly Hills house with 5 bedrooms and 5 bathrooms with ex-spouse Linda Strokes. The spacious house costs $3,995,000.

Caan began his career by appearing off-Broadway before making a Broadway debut in Blood, Sweat and Stanley Poole, a play by James Goldman and William Goldman. He then featured in many television series including Dr.Kildare, The Wide Country, Route 66, Naked City, Alfred Hitchcock Hour and Kraft Suspense Theatre.

In 1964 he featured as Jewish athlete Jeff in the episode of My Son, the All-American. His first role in a movie was as a punk hoodlum in Lady in a Cag along with Olivia de Havilland. He then landed a role in an auto-racing drama, Red Line 7000 directed by Howard Hawks.

Furthermore, he appeared as Alan in Hawk’s EI Dorado along with Robert Mitchum and John Wayne. It was followed by an appearance in Francis Ford Coppola directed movie The Rain People with the role of a brain-damaged football player.

The following year, Coppola was cast him in The Godfather as a short-tempered Sonny Corleone. For the role, he won a nomination for an Academy Award for Best Supporting Actor. Besides all these, he featured in numerous other movies like The Godfather Part II, Rollerball, Bridge Too Far, T.R. Baskin and Cinderella Liberty.

In 1980 he directed a movie about a father searching for his children who were lost in the Witness Protection Program, entitled Hide in Plain Sight. He disappeared for a year after he suffered from depression over his sister's death from leukemia and again appeared in acting in 1987 when as a cast in Gardens of Stone.

Later then, he starred in movies like Dick Tracy, Mersey, Alien Nation and Honeymoon in Vegas. Recently, Caan appeared in The Way of Gun, The Yards, Night at the Golden Eagle, Dogville, Get Smart and Cloudy with a Chance of Meatballs.

Caan was born on March 26, 1940, in California, the U.S to Arthur Caan and Sophie Caan. His father was a meat dealer and butcher. He holds the American nationality and belongs to White American ethnicity.

The promising actor grew up in New York City along with his two siblings. He joined Michigan State University and later on shifted to Hofstra University. He dropped out to pursue a career in acting.

James went on to study acting at the Neighborhood Playhouse School of the Theatre. He studied there for five years.

Keep Coming Back to Marriedwiki.com!!

The talented actor was married to Dee Jay Mathis in 1961. They were together for five years and separated in 1966.

The popular actor was married four times. Secondly, he was married to Sheila Marie Ryan and divorced in 1976.

James Caan,77, was married to Ingrid Hajek. She is his third wife. They divorced after four years of relationship in 1994.

Caan and Linda Stokes married in 1995. They were blessed with two sons and divorce in 2009 citing irreconcilable differences.

The talented actor Caan and Dee Jay Mathis were blessed with a baby girl named Tara. She was born in 1964.

Caan and Sheila Marie Ryan were blessed with a baby boy named Scott Caan. He was born in 1976.

James Caan and Ingrid Hajek were blessed with a son named Alexander James Caan. He was born in 1991.

Linda Stokes and Caan were blessed with their second child in 1998. He was named as Jacob Nicholas Caan.