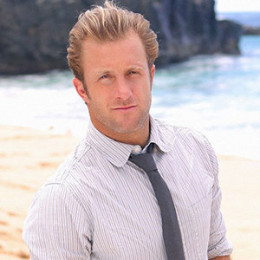 Scott Caan, an American actor, writer, director, and photographer, is currently dating model Kacy Byxbee. He is well known for his recurring role as manager Scott Lavin in the HBO television series “Entourage”. Scott was born to father James Cann, an actor and Sheila Marie Ryan, an actress. Previously, he was a member of hip-hop group ‘The Whooliganz’ from which he recorded the album ‘Make Way for the W.’ Scott graduated from the Playhouse West acting School.

Scott Caan was born on August 23, 1976 in Los Angeles, California, U.S. He is the son of actor James Caan and Sheila Marie Ryan, an actress and former model.

Scott Caan started his acting career with playing the role of Steve/ Hate in the movie ‘A Boy Called Hate’ in 1995. Some of his screen credit includes Hawaii Five-0, Entourage, Boiler Room, American Outlaws and others.

Scott Caan has an estimated net worth of $16 million.

Scott Cann is dating Kacy Byxbee and shares a daughter named Josie James on July 2014. He is a black belt in Brazilian jiu-jitsu.

Scott is also an active volunteer with Surfers Healing, an organization which introduces children with autism to the joy of surfing.

He is also involved in groups including A Walk On Water, TheraSURF, and Life Rolls On.

The first child of Scott, Josie James, was born on July 9, 2014. There is not much information about her.