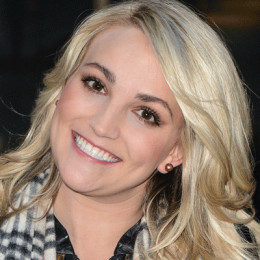 Jamie Lynn Spears is an American actress and singer. She is also known for being the younger sister of famous recording artist Britney Spears. She came into recognition after being cast in the Nickelodeon television series Zoey 101 as Zoey Brooks. She was born to parents James and Lynne Spears. She went to Parklane Academy, and completed her education through the online correspondence. She got her GED via Tangipahoa Parish School System Adult Education Center in 2008.

Jamie Lynn Spears created headlines when she became a mother at 17 years old. Now, the mother-of-two opened up about her experience being a young mom.

She said during an interview with Dopple,

"I used to be insecure at times because I was always the youngest mom in the room. I quickly learned that being a good and competent mother has nothing to do with age. I have met some of the most wonderful, amazing moms who are anywhere from 20 years old to 50 years old, so young or old, love is all it’s really about."

"Do not compare yourself as a mother to anyone else. Each child is different, and therefore, each mother is different. … Take advice from others, but always trust your instincts and what YOUR gut is telling you more than anything."

Jamie Lynn Marie Spears was born on 4 April 1991 in McComb, Mississippi to James and Lynne Spears. She has an elder brother named Bryan James Spears and a sister Britney Jean Spears.

He is a businessman. They got married recently and living happily with her and her child from previous relationship.

She was born when her mother was just seventeen. She is very cute. Her parents do not live together but is living happily with her mother and her step father.