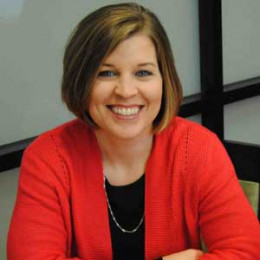 An American actress, Jamie Rose is also an author plus teacher at California State University Northridge. She is best known for her awesome acting skills in series and movies including- Lady Blue, Falcon Crest and Chopper Chicks in Zombietown. She owned her own acting studio- JRose Studio where she continues to act professionally in films and Television. She is also an author of Shut UP and Dances! The Joy of Letting Go of the Lead—On The Dance Floor and Off.

Jamie Rose was born on 26th November 1959 in New York City, United States. She has not shared her educational as well as family details to the media. But she might be a graduate student as she is a professor too.

Jamie was interested in acting right from her childhood. She started her career in acting from the early age of 7 and appeared as a kid go-go dancer and a Kool-Aid commercial.

She worked in the television series - Falcon Crest, a prime time television soap opera in 1981 in which Bill Conti gave a theme music. Later on, Jamie was replaced by Dana Sparks, an American television actress. She also acted in Two and A Half Men along with Jon Cryer, Ashton Kutcher, and Angus T. Jones.

Moreover, Rose also appeared in Lady Blue, a crime series as the lead character. She also played a role in Chopper Chicks in Zombietown in 1989, where Billy Bob Thornton played a role of her husband. Furthermore, Jamie appeared as a guest in several series and films like- House, Criminal Minds, Hotel, Simon, Walker, Texas Ranger and so on.

Besides acting, she also worked as a professor at California State University Northridge where she taught two online theater courses like- An Introduction to Theatre Course and A Dramatic Literature Course.

She also taught acting through her JRose Studio, LA, California. In 2011, she published a self-written book named, ''Shut UP and Dance! The Joy of Letting Go of the Lead—On The Dance Floor and Off'' which was based on her experience in learning the tango.

Later she again married for the second time with Kip Gilman on 21st August 2006 after long years of dating. Kip is one of the theater's most known actors. The couple is still together and shares deep love together. The couple has not revealed the information about their children so they might not have any yet.

Rose might have an estimated net worth in 6 digits as she has contributed in several fields like- acting, teaching, and writing as well. She appeared in numbers of TV series and films from which she might earn enough money.

On 14th June 1986, she married director of TV series and films, James Orr and divorced on 1st June 1988 and had no children.

An actor Kip Gilman married Jamie Rose on 21st August 2006 after long years of dating and are still together with no children yet.