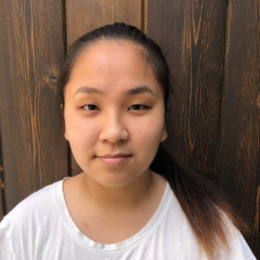 Jamyan McGregor is an adopted daughter of the Scottish actor Ewan McGregor and his ex-wife Eve Mavrakis. Ewan received prestigious awards, including Golden Globe and Primetime Emmy. In 2013, he represented BAFRA Britannia Humanitarian Award for his dedication to drama and charity.

Jamyan McGregor is an adopted child of the award-winning actor. Ewan McGregor met his foster child, Jamyan, while riding his motorbike across Mongolia for the British television series "Long Way Round" in 2002. 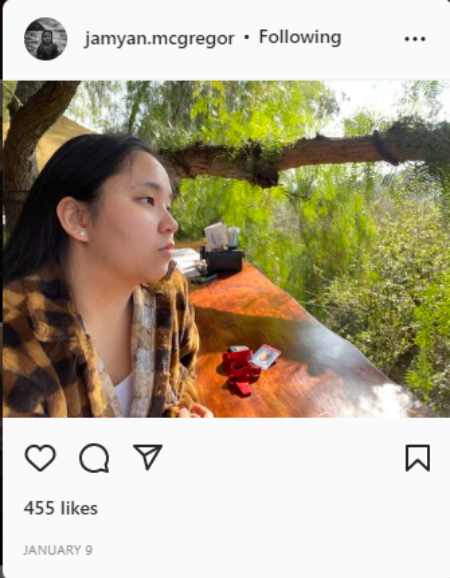 Jamyan was an orphan growing up in a Government street shelter for children. Evan adores Jamyan so much that he ends up adopting her. She was adopted in 2005 when she was just four years old.

The 20-year-old grew up with three siblings: Clara Mathilde McGregor, Esther Rose McGregor, and Anouk McGregor. She, along with Anouk, is the only adopted one.

Jamyan has a newborn baby brother, Laurie McGregor, from her father's second marriage. She graduated from Besant Hill School of Happy Valley (2020). She is currently studying Criminal Justice at Mitchell College.

Jamyan McGregor's father is Ewan Gordon McGregor. Ewan is a Scottish actor popular for his roles in "Trainspotting and the "Star Wars" prequel trilogy. He has received Primetime Emmy Award, Golden Globe Award, and The BAFTA Brittania Humanitarian Award. 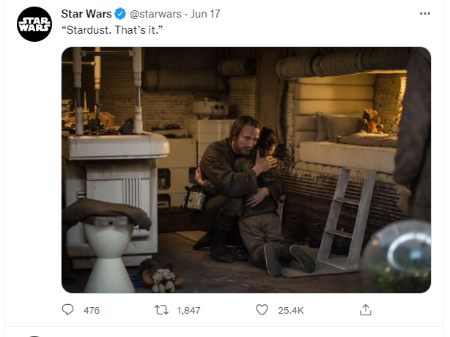 Mr. Ewan has taken part in several motorcycle marathons and revels in interesting adventures. He has starred in numerous movies like "Lipstick in Your Collar," "Duncan Stewart," "Little Voice," "Guys and Dolls," "Cassandra's Dream, "The Impossible," and many more.

Ewan is also part of a vaccination program where he traveled by foot to manage immunizations for children in Nepal, India, and the Republic of Congo.

Jamyan McGregor is in a romantic relationship with her boyfriend, Chris. He is active on the social networking site Instagram under the username "Ic_represent." Chris is a graduate student. It seems like Jamyan has been dating Chris for more than two years. 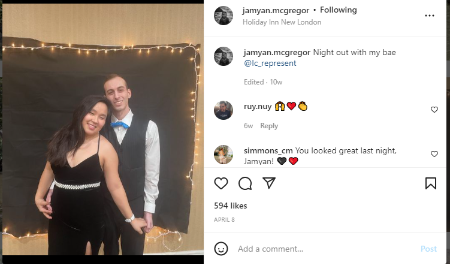 Jamyan has not married or engaged to Chris till today's date. But they share mutual understanding and aim to live longer together. In addition, Jamyan is the mother of Chris's child. McGregor gave birth to a son with her boyfriend on 28 June 2021. Currently, the couple's only child is one year old.

Mr. Christopher is identified on Instagram as @lc_represent. Jamyan posted their photo together, captioning, "Night out with my bae," on 8 April. Christopher sang a few songs and posted them on soundcloud.com. Some songs he sang are KYLO, uncut freestyle, and Give Me Peace. Jamyan has not revealed much about her personal life. She loves to keep her private life low-key.

Her father, Ewan McGregor, married Eve Mavrakis, a French production designer. The couple married on 22 July 1995 in a French village after dating for a while. They together have four children but only gave birth to Clara McGregor and Esther McGregor. Clara was born in February 1996.

She is an actress and producer best known for Christopher Robin, The Birthday Cake, and Reefa. Esther McGregor was born on 7 November 2001. She is an actress known for Obi-Wan Kenobi, Resting Pitch Face, and Violet. Evan and Eve separated on 19 January 2018 after being together for 23 years. The divorce was finalized on 13 August 2020.

Evan McGregor started a relationship with Mary Elizabeth Winstead, an American actress, in May 2017. The duo first met on the set of the television series Fargo. Mary gave birth to their son, Laurie McGregor, in June 2021. They finally tied a knot in April 2022 and are living a joyful life together.

Jamyan McGregor is just pursuing her education. She is just a kid earning by herself and living a lavish life as a famous actor's daughter. Probably, Jamyan inherits the multimillion-dollar property from her actor dad Ewan McGregor.

However, according to celebritynetworth.com, her father, Ewan, is a wealthy man and boasts an enormous net worth of $25 million. His major source of income is his acting career. He owns a property in Los Angeles and has a collection of cars. He bought a new house in Topanga Canyon with his second wife, Mary.

Check out the clip of Jamyan McGregor's father telling how he adopted her!

According to celebritynetworth.com, her present mother, Mary Elizabeth Winstead, has an accumulated net worth of $6 million. She earns through her acting and singing career. Mary is also a film producer.

Jamyan McGregor is aiming to be an attorney, so she is now studying Criminal Justice at Mitchell College. She is an international traveler, equestrian, and swimmer.

The celebrity daughter is additionally a women's rights activist. According to her Facebook bio, she also works at Cali Camp.

Jamyan McGregor is a beautiful lady with an amazing personality. She has a beige skin tone and a long face complimenting her rounded tip nose. McGregor has a pair of black eyes and brown hair, adding more beauty to her look. 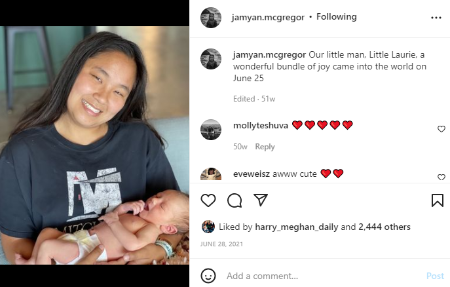 She has a slim hourglass-shaped body measuring 33-26-34 inches. Jamyan weighs 55 kilograms. She is 5 feet 5 inches tall. Jamyan is popular for her style and looks great in black dresses.

Jamyan is an avid food lover; her favorite dish is Chinese food. She loves to travel a lot. Switzerland is her dream destination. Her favorite color is Red. She loves taking photographs of nature. She enjoys shopping. McGregor's dearest actor is Zac Efron, and the actress is Kristen Stewart.

She mostly shares photos of herself and pictures with friends and family. JamyanMcGregor also shared a photo showing citizenship of the U.S. and is satisfied with it. She joined Facebook in August 2017.