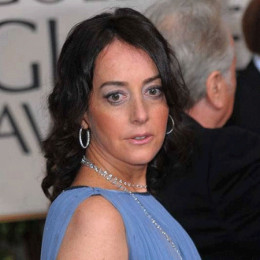 An American talented film, television, and theater actress Jane Adams who is widely known for starring as Tanya Skagle in the HBO series Hung alongside with Thomas Jane. She is daughter to William Adams and Janis Adams. She holds degree in political science from University of Washington and also theater from Cornish College of the Arts. In 1989 she earned degree in drama from Juilliard. In starting of her career she performed theatre at the Seattle Repertory Theatre. She has already starred in popular films like Light Sleeper, I Love Trouble, Kansas City etc. She has also been starred in 2015 horror movie The Poltergeist. For her acting she has already been nominated for prestigious awards like Golden Globe Award and a Satelite award.

It seems like she is enjoying her single life. She is a secretive person and likes to keep her personal affairs out of media. She has not yet been a biological mother.

Well, details about her current dating affair and boyfriend is still behind the bar.

Jane Adams was born on 1 April 1965 in Washington, D.C. to Janice and William Adams.

She made Broadway debut in the production of I Hate Hamlet in 1991. She received 2010 Golden Globe Award nomination for Best Supporting Actress on TV for her role on the HBO hit series, Hung.