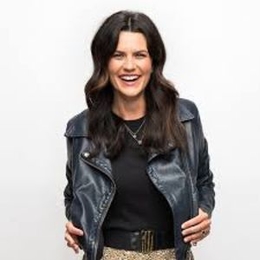 Cissie Jane Graham Lynch garnered media attention for being the daughter of Franklin Graham and the granddaughter of Billy Graham. Her father is the president and CEO of the Billy Graham Evangelistic Association and Samaritan’s Purse.  People recognize Cissie as a socialite who raises voice for those who are suffering.

Cissie Graham Lynch is officially a married woman and mother of two children. She relishes sound life with her husband Corey Lynch. Cissie and her partner Corey tied the knot on December 31, 2007. They share a daughter Margaret Lynch and a son Austin Lynch. The family lives in Fort Myers, Florida. 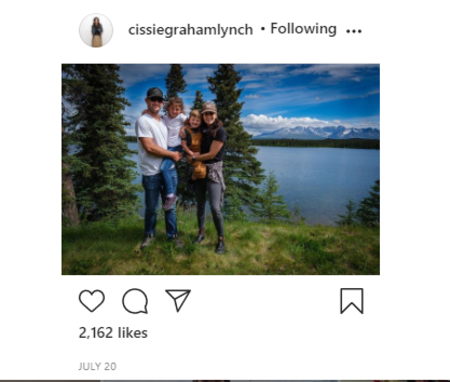 Cissie spoke about her struggle during the pregnancy of her first child but stood firm on God’s word. She didn’t want to get pregnant with the first child as depression swept over her the whole time.  Regardless of that, she was blessed with a beautiful baby girl.

Cissie works as the Executive Evangelical Advisory Board of President Donald Trump's Faith Advisory Council. She was a guest speaker at the National Prayer Service for the 58th Presidential Inauguration at the National Cathedral. Her husband Corey began his NFL career a six-year journey of moving around. 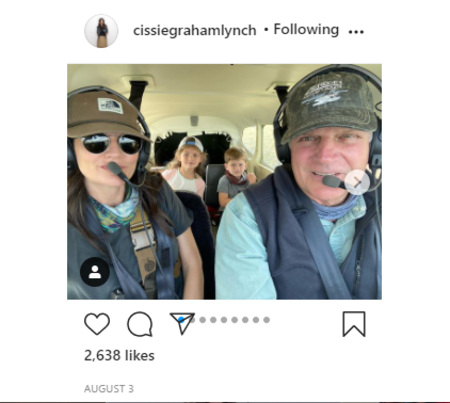 At some point, Cissie drove over 1000 miles cross-country alongside the four-week-old daughter. It wasn’t that easy for Cissie to handle the business.  She clung to the community of wives found in each city.

Ms. Lynch embraced various group Bible studies as well. The NFL gave Corey ample opportunity to represent Jesus Christ by watching his language on the field or denying to give in to the pressure to view pornography.

Cissie Graham Lynch comes from a wealthy celebrity family background. Even though, Cissie never revealed the exact figure of her net worth. She's embraced a luxury lifestyle and gives some portion of her income to needy people.

She runs a YouTube channel where she uploads podcasts for the awareness of the welfare of underprivileged people.  Her husband Corey Austin Lynch is a former American football player drafted by the Cincinnati Bengal in the 2008 NFL draft.

Corey played college football on behalf of Appalachian State. He is a graduate of Evangelical Christian School in Fort Meyers where he met Cissie.

Cissie Graham Lynch was born in North Carolina, United States to parents Franklin Graham and Jane Austin Cunningham. She’s not yet addressed from where she obtained higher education.

After the first year in college, she went on a trip around the world with her dad. Cissie visited different projects and offices of Samaritan’s Purse. She traveled to India, Africa, Jordan, and Thailand. Lynch holds an American nationality and belongs to white ethnicity.

Cissie grew up alongside her siblings Will Graham, Edward Bell Graham, and Roy Austin Graham. She has good bonding with cousins Tullian Tchividijan, Rachel-Ruth Lotz, Jonathan Lotz, and Morrow Lotz.

Margaret Lynch is the first child to Cissie Graham Lynch and her husband Corey Lynch.

Austin Graham was born in the 2010s to Corey Graham and Cissie Graham Lynch.