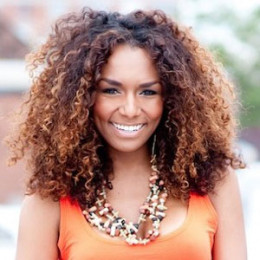 Janet Mock is an American writer, TV host, transgender rights activist and the author of the New York Times and a former staff editor of People magazines website. The talented writer continued her work with the MSNBC as a guest host for the Melissa Harris-Perry Show, host of the Global Citizen Festival and also covered the White House Correspondence Dinner’s red carpet for the shift.

Janet Mock was born on March 10, 1983, in Hawaii, U.S. as a second child to her parents. She spent most of her youth in Hawaii and a few portion in Oakland, California, and Dallas.

Mock’s father is African American and her mother was from Hawaii. In her teens, she funded her medical transition by earning money as a sex worker and also began her transition from male to female as a freshman in high school.

Janet was interested in Volleyball where she bonded with her childhood friend Wendi who helped her to express feminity. She selected her name as Janet after Janet Jackson and underwent sex reassignment surgery at Thailand when she was at the age of 18.

Mock was the first person in her family to go to college and even earned a degree in Fashion Merchandising from the University of Hawaii at Manoa. Then she attended New York University to complete her Master of Arts in Journalism.

After completing her education from New York University she started her career at People magazine where she worked as a staff editor for more than ten years. Then she shifted from editor to media advocate.

The 34-years-old Janet was invited by Oprah Winfrey to be a guest on Super Soul Sunday for a segment entitled Becoming Your Most Authentic Self.  Janet was again invited to join Winfrey's Super Soul Sessions where she discussed “Embracing The Otherness.”

The renowned writer lives in New York City with her husband, Aaron Tredwell who is a well-known photographer. They married on Oahu in 2015. In Redefining Realness she wrote about her relationship with her husband Tredwell.

Janet has received numerous awards like Sylvia Rivera Activist Award. Her net worth is reported to be more than millions of dollar.

The talented and renowned writer and a TV host Janet Mock was married to a famous photographer named Aaron Mock on November 5, 2015.