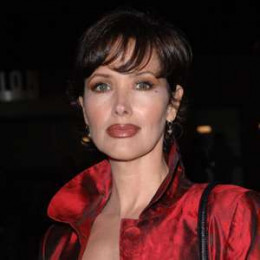 Janine Turner is an American actress, well-known for her roles as Maggie O’Connell in the television series "Northern Exposure". She is the daughter of Janice Loraine and Turner Maurice Gauntt, Jr. Prior to acting, she has appeared in some commercial work and she began her acting career playing in several episodes of Dallas. She is also a columnist for "The Washington Times".

Although Turner has never married, she gave birth to a daughter, Juliette Loraine Gauntt In 1997. Turner refused to reveal the child's biological father, but some sources claimed as Jerry Jones Jr., who was having a romantic affair with Turner the year Juliette was born. She has dated many celebrities, including Troy Aikman, Mikhail Baryshnikov, and Sylvester Stallone. Turner was once engaged to  Alec Baldwin but never married. Currently, she resides on a longhorn cattle ranch in the neighbourhood of Dallas with her daughter, who is also an actress.

she is the first child of her.She is also an actress, she was born on.November 22.1997.She is living with her mother.