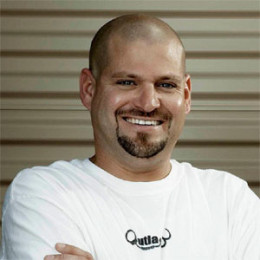 Jarrod Schulz is an American actor, entrepreneur and fashion designer who rose to fame when the reality show Storage Wars show's production team decided to shoot him at his own storage store. He was known as a reality star after then and worked for the Storage Wars team for some time.

He is married to business partner Brandi Passante and has two children with her. The detail of their marriage is not clear in the media.

Jarrod Schulz was born on October 15, 1977, in Long Beach, California, US. As a kid, he was always interested to learn how things are made tried to understand the functioning by dismantling his own toys.

Jarrod Schulz firstly worked as a manager of the sales office at a carpet cleaning company which was located in Tustin, California. He opened up his own mortgage business but couldn't make it last for long. Schulz then decided to involve in storage auctions as adviced by his aunt who worked in that field.

The advice led him to open up his own thrift store in Orange, California along with wife Brandi. They named the store Now and Then from where their blissful career started. Schulz in 2002 got involved in fashion designing as he opened a fashion clothing line under the name, Outlaw Apparel which he opened with a friend. The sole purpose of their fashion line was to express individuality and unique styles.

Schulz is seen wearing his own clothes from his brand in his show, Storage Wars. He came to become one of the casts of the show as during his time there met producers of the show at an auction in Harbor City. 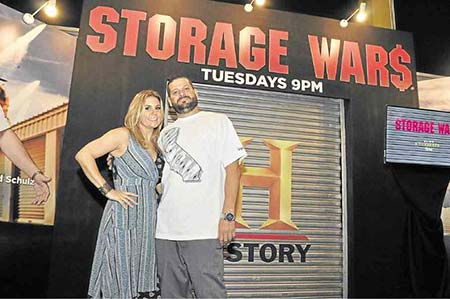 He also has his hands in the entertainment industry by appearing in some shows like Brandi and Jarrod: Married to the Job in 2014, Storage Wars in 2010 and appeared in Rachael Ray in 2006. His starred show Storage Wars has come up with 11 seasons so far with 253 episodes.

He had his career as a second-hand items dealers which led to his appearance in shows later on which made him a renowned TV personality.

Jarrod Schulz is estimated to have a net worth of $2 million which he earned through his thrift store, appearing in TV shows and from his fashion line, Outlaw Apparel. His show Storage Wars helped him earn his huge source of living.

He also has a show with his wife titled Brandi & Jarrod: Married to a Job which showcases their normal life working in storage units. Schulz earns a salary of $700000 from his appearance in various shows.

Their thrift store named Now and Then is of 3000 square foot.

Jarrod Schulz met wife Brandi Passante in 1999 while he was working in a carpet cleaning company and they started living together. The details related to their marriage is not mentioned. They together have two children, a daughter named Peyton Schulz and a son named Cameron Schulz.

Cameron is interested in the entertainment world and thinks of pursuing his career as a director and producer while his daughter is into Cheerleading and athletics. Schulz is living with his family in Lake Forest, California. 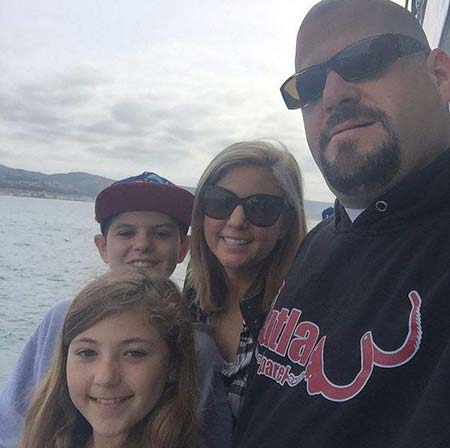 Schulz has quite a history in some crime attempts as he was jailed for 16 months for having possession over a controlled substance and for transporting narcotics. He was even found drunk driving under the influence of alcohol.

After being free from bars, he was clean and sober then after some time met wife, Brandi. His life changed after meeting her as they together opened up a business and started earning their source of income. Schulz stands a tall height of 6'2 inch with a bald head and rocks a french beard.

Jarrod Schulz married Brandi Passante after meeting her for the first time in a carpet cleaning company where he used to work.

Peyton Schulz is the daughter of Jarrod Schulz and Brandi Passante. The details related to her birth year is not given.

Cameron Schulz is the son of Jarrod Schulz and Brandi Passante. The details related to his birth is not given.