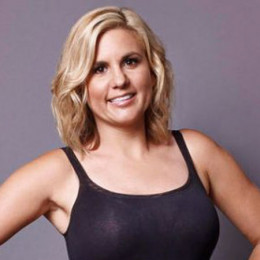 Brandi Passante is an American TV reality star who rose to fame after being cast in the reality show, Storage Wars alongside her talented husband Jarrod Schulz. She owns a thrift store in Orange County, California with her husband.

Brandi Passante was born Brandi Leigh Passante on May 16, 1980, in Harris County, Texas, US. She is of Sicilian descent and was raised in Texas.

Brandi Passante is a co-owner of a popular thrift store and stars in the A & E's reality show called Storage Wars.  Their growing fame in the reality show led them to be cast in another reality show Brandi and Jarrod: Married to the Job which shows their daily life at the thrift store.

The show didn't manage to last long and got canceled after eight episodes. She was cast in 2006 talk show Rachael Ray. The couple owns and operates the "Now and Then" thrift store in Orange, California.

Passante works hard in the thrift store where they adopt various strategies to sell their second-hand products. They proved to be an amazing bidder of the auction storage lockers.

Storage Wars marathon all day tomorrow! Call in sick and binge watch!!! Then premier of season 12... 2 Brand new episodes tomorrow night... Wednesday, November 7th @ 10:00 and 10:30 on @aetv @jarrodschulz and I are in both episodes, you don’t wanna miss that do you?

The same year all the cast members of the show were paid $72000 for their appearance on six episodes of the reality series.

Brandi Passante reportedly married business partner Jarrod Schulz after meeting him in a carpet cleaning company where he was the manager. They started dating and eventually got married.

Passante and Schulz gave birth to two children, a daughter named Peyton Schulz and a son named Cameron Schulz. She has not dated anyone in the past but says she had a huge crush on American actor John Cusack. 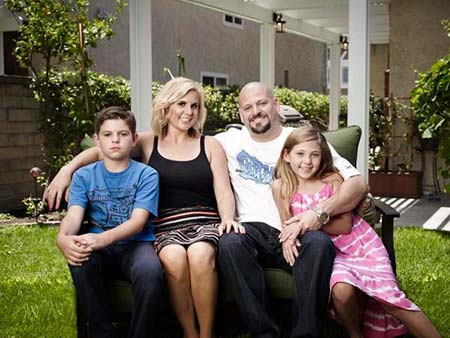 Passante owns two french bulldogs one is named Bennie and another is a new one whose name is not mentioned. The duo is quite protective when it comes to their married life.

Brandi Passante got married to Jarrod Schulz after meeting up in 1999 at a carpet cleaning company.

Peyton Schulz was born to reality stars Jarrod Schulz and Brandi Passante as their first daughter.

Cameron Schulz was born to reality stars Jarrod Schulz and Brandi Passante as their first son.