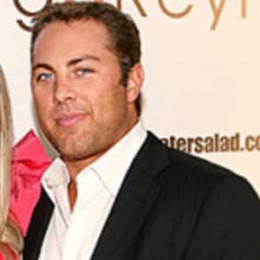 Jay McGraw is an American television producer and author. He is the son of Phil McGraw (Dr. Phil) and Robin McGraw. Jay spent his childhood with three sisters and a brother Jordan (musician) in rural Oklahoma, where their father worked. He attended Greenhill School and received his law degree from Southern Methodist University. He is executive producer of the TV series "The Doctors". He has written several books aimed at young people.

Jay McGraw is married to Erica Dahm on 12 August 2006 in a private ceremony with only close friends and family, at his parents' home in Beverly Hills. The couple has been blessed with two children. Both became the parents of a daughter, Avery Elizabeth McGraw, on 18 March 2010. Avery weighed 6 lbs. 6 oz. and measured 21 inches, at birth .The second child, a son London Phillip McGraw was born on 31 August 2011.

Jay McGraw married a model, Erica Dahm on 12 August 2006, at his parents' home in Beverly Hills. The wedding was witnessed by their close friends and family in a private ceremony.

The couple became the brand new parents of a daughter, Avery Elizabeth McGraw, on March 18, 2010.

They welcomed their second child, son London Phillip McGraw, on August 31, 2011. He has one elder sister.