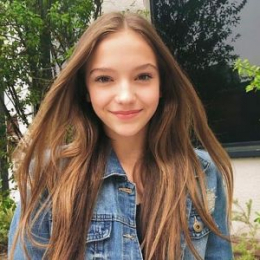 Is Jayden Bartels Dating Someone? Know About Her Boyfriend, Rumor

Jayden Bartels is currently in a romantic relationship with her boyfriend, Armani Jackson. Her lover, Armani is an American Television actor who came to spotlight as a child bringing to life Bubble Boy Braden Morris on the prime time drama Grey's Anatomy. 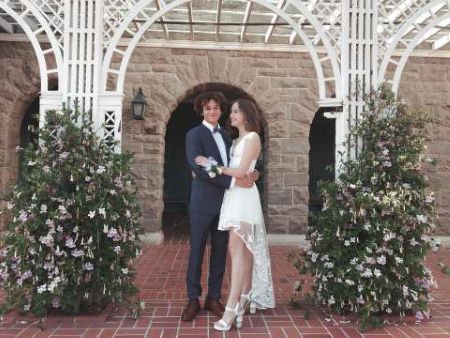 Jayden with her boyfriend Armani Jackson.

The pair never hesitated to show off their affection and is often spotted together in exotic places, parties and so on. Likewise, the couple often shares their pictures on social media. Have a look at a snap Jayden is happily cuddling with her beau!!!

The lovebirds started their romantic fling on 9 November 2018 and are together for nearly a year now. However, no news regarding their split nor break up came to this date. Moreover, they share a quite strong bond and are quite supportive of one another.

Most notably, the 15-year-old actress celebrated 1 year anniversary with her beau Armani Jackson on 9 November 2019. Meanwhile, she expressed her feeling and views towards her partner Jackson. She wrote I can't even begin to explain how much you've impacted my life. That past year has been filled with many beautiful memories.

Four days before the pair's anniversary, Bartels enjoyed her 15th birthday with Armani and shared a loving video on her YouTube. The special day was attended by around 20 people. Bartels received a lot of gifts and got her ear pierced with his money. She did clothes shopping for her upcoming events.

Jayden previously was rumored to be dating her now ex-boyfriend, actor, model, and dancer, Connor Finnerty. Moreover, they were quite close to each other and even often posts their videos together. However, both decided to be mum when asked about their relationships.

How Much Is The Net Worth Of Jayden Bartels?

Jayden Bartels holds the net worth of around $1 million. She garnered big bucks from her career as an actress as well as a dancer. In addition, the average salary of an actress in the United States around $50 thousand and that of a dancer is around $34 thousand.

Jayden started her dancing as well as an acting career at the tender age of 9. Moreover, she made her appearance on many hits like CBS's Criminal Minds: Beyond Borders, Disney XD's Walk The Prank, FX's It's Always Sunny in Philadelphia and Nickelodeon's Nicky, Ricky, Dicky, and Dawn.

Bartels makes a good stack from her modeling career. Likewise, she worked with many big brands including the LA model. Moreover, she also earns from additional works such as brand endorsements, advertisements and so on.

my hoodie has butterflies bunnies on it, just thought I should point that out @rumernoel song - call you mine @beberexha @thechainsmokers

Nicky, Ricky, Dicky, and Dawn's actress also makes money from her YouTube channel, Jayden Bartels with 694K subscribers. She posts vlogs, covers dance videos, makeup tutorials and many more and earns up to $49 thousand per year.

Walking into Jayden Bartel's interview of October 2018 with Selfie Made, Jayden revealed she started using social media at the age of 10. She used Facebook, Instagram, Musically just for fun. She woke up early morning to make musically. Now she has millions of people following her on Instagram and YouTube. Jayden enjoyed getting featured is really cool so why not continue.

Jayden Bartels was born as Jayden Isabel Bartels on November 1, 2004, in California, U.S. She holds American nationality and was born under the star sign Scorpio. She has two elder brothers. 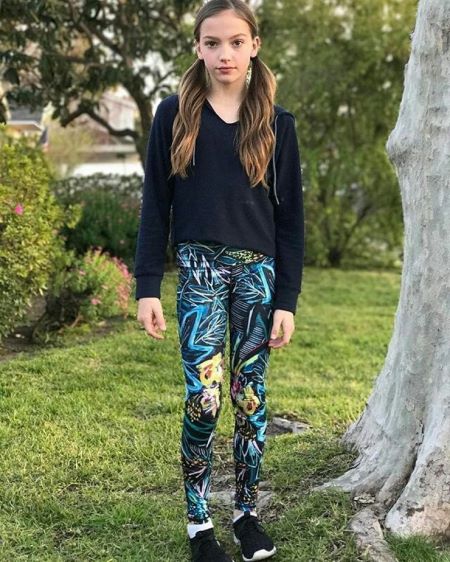 Jayden is a good friend of YouTuber Annie LeBlanc. She performed on stage with Justin Bieber, dancing to What About The Children. Her boring subject during school is history.