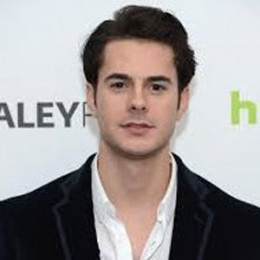 Jayson Blair is an American actor who has made his appearance in both the TV and movies. He rose to fame from the American television comedy series, The Hard Times of RJ Berger and American sitcom, The New Normal.

Jayson Blair was born on 17th May 1984 in the city of Detroit, Michigan, United States. He grew up and attended L’Amse Creuse High School-North in the city of Macomb Township, Michigan.

During the period, he used to play tennis and was a tennis player. He passed out his degree from there and appeared in a commercial for Taco Bell, Pizza Hut, and the Honda Civic.

After playing some commercials, Jayson made a cameo appearance in the movie Convincing Benny in the year 2006.

He has played over 24 TV drama series and some few movies but his role in the American television comedy series, The Hard Times of RJ Burger, is the most popular role.

Moreover, he has also played an American drama movie, Whiplash, directed by Damien Chazelle in 2014. The movie starred Miles Teller, J.K. Simmons, and Paul Reiser. The movie earned a box office collection of $49 million at the end of the year.

Jayson was dating Rumer Wills, an American actress, and singer. The girlfriend-boyfriend started dating from the year 2012. After nearly a year of romance, they broke up in 2013.

After that, no rumors about his affairs or relationship status has emerged. He is possibly single right now.

Jayson is one of the leading actors of the Hollywood industry who has got a huge career in near future. Though his net worth is not published in media, he might have worth no less than six figures.