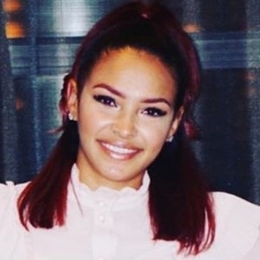 December 2019 was somewhat the most memorable yet the most devastating time for Jazmyn Jones and her husband, Marvin Jones. The couple celebrated their first Christmas with their youngest born only to face his sudden death a few days later.

Better known as the wife of Marvin Jones, the famous NFL player, Jazmyn Jones knew she wanted to become a mother rather sooner than later. And, she did end up becoming one, that too with his longterm boyfriend turned husband whom she met in high school. 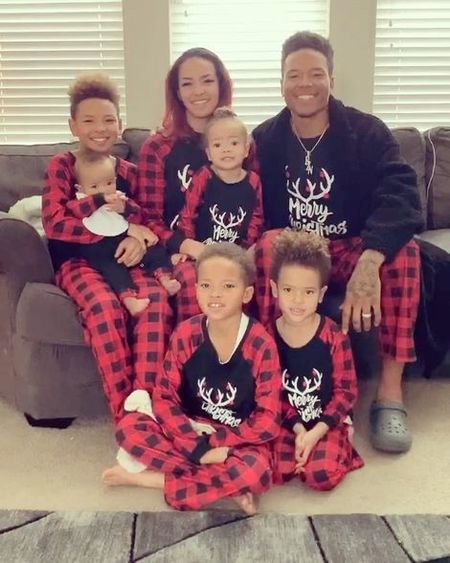 Mrs. Jones raised five children alongside her partner including his eldest child, Marvin Jones III, whom she welcomed in 2009 whilst Marvin was just a freshmen student at the University of California. Marvin III was then followed by his siblings; Mareon Jones, Murrell Jones, daughter, Mya Jones, and Marlo Jones.

Unfortunately, on 27th December, Jazmyn and Marvin had to put down their youngest one, Marlo to rest forever. Marlo died of a sudden death cause, and both of his mother and father shared the news on social media. 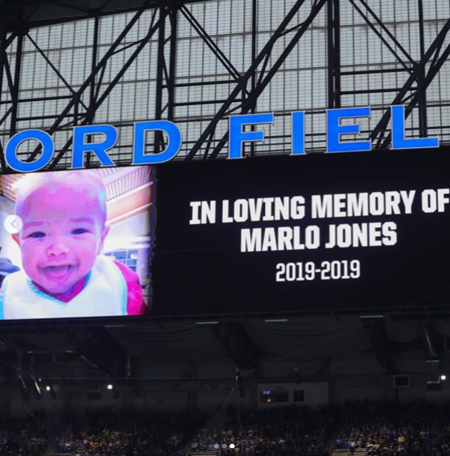 Former NFL player, Randy Moss, as well as sent his condolence to the Jones family. Jazmyn made her first public appearance by attending the game between Detroit Lions and Green Bay Packers alongside her children and husband at the Lambeau Field where the stadium made a moment of silence and displayed Marlo's picture to express their sympathy to the Jones family.

Together For Thirteen Years Since High School

Despite being together for over thirteen years, Jazmyn and Marvin keep much of their relationship history closer to their vest. But, what an ideal couple that Mr. and Mrs. Jones who tied the knot in March 2014, are. And, for their special day, Jzamyn looked stunning in a white bridal gown whilst her husband rocked a matching white tuxedo. 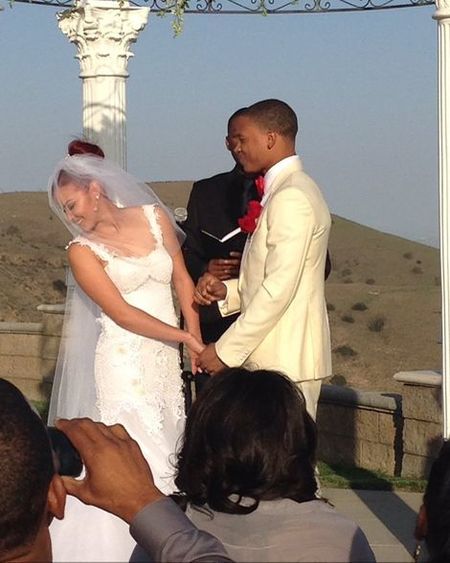 Sadly, it's a tragedy what this young couple had to go through as a parent. With such bonding and love, there's no doubt Jazmyn and Marvin won't be able to get through these tough times together. On the other side, positively, there's still so much left for Jazmyn and her partner to look forward to.

Jones Career; Husband Is Worth Millions

Professionally, Jazmyn is a businesswoman, unlike her husband who is a famous athlete all over the country and among the football fans. To be precise, Mrs. Jones owns and looks after the bakery outlet of Nothing Bundt Cakes, based on in Troy Michigan.

Needless to say, despite being married to such a rich husband, as Marvin is signed to Lions for $40 million for a contract deals of five years, Jazmyn is an independent woman of her own.

Marvin Jones III is the eldest son and the child of Jazmyn Jones and her husband, Marvin Jones.

Mareon Jones is the second eldest son and the child of Jazmyn Jones and her husband, Marvin Jones.

Murrell Jones is the middle child and the son of Jazmyn Jones and her husband, Marvin Jones.

Mya Jones is the only daughter and the fourth child of Jazmyn Jones and her husband, Marvin Jones.

Marlo Jones is the fifth late child and the son of Jazmyn Jones and her husband, Marvin Jones who passed away in December 2019.