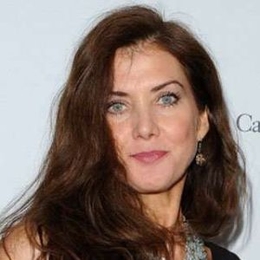 Age is just a number when it comes to love. There is a huge age gap between  Jean Currivan Trebek and her husband. However, even with differences, Jean is able to make her marriage work for nearly three decades. So, read in detail to know more about her husband and the secret to her sucessful conjugal life. 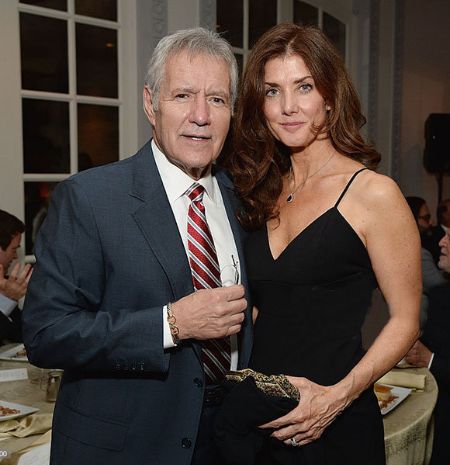 Jean Currivan Trebek is the wife of Alex Trebek.

Well, Jean first locked the eyes with the "Jeopardy!" host in 1998 at a party. They became close friends after their first meeting; however, she was afraid to date the well-known celebrity. In an interview with People in 1990, she stated:

"The prospect of dating Jeopardy!’s host made me really nervous. I was afraid I’d mispronounce my own name!".

In addition to Trebek's celebrity status, The New Yorker, Jean was also afraid to start a relationship with her now-husband Alex because of the big age gap between them. She was 24 years younger than Alex.

Jean's hesitancy, however, began to wear off when she became more acquainted with the game show host. His down to earth personality continuously started her to draw to him.

After a year of dating, on Jean's 26th birthday, the couple took their relationship to the next level. Alex popped the question with a 16-carat sapphire ring, surrounded by six carats’ worth of diamonds. She was surprised by his proposal; however, she accepted.

After a few months of engagement, the pair exchanged the vows. The wedding took place on April 30, 1990, at L.A's Regency Club in the presence of 150 guests. 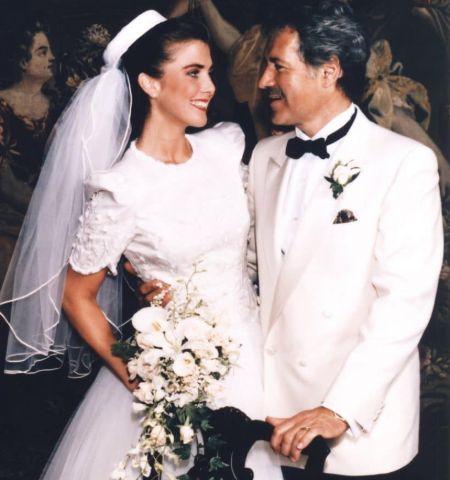 Jean Trebek on her wedding day.

For the big day, the bride chose a crew-necked A-line gown. Furthermore, she enhanced her look with a short veil. Meanwhile, the groom wore a white coat with black pants. He further added a black bow-tie.

Jean and her spouse are together for the past 29 years. The secret of their long marriage is that they both love staying home. They are homebodies who love to spend time reading, cooking, watching movies instead of going to clubs and parties.

Jean's three-decade-long relationship with her husband was not always smooth. The pair underwent many tough times together, especially regarding Alex Trebek's health.

The Canadian-American Trebek suffered many health problems, including heart attacks in 2007 and 2012. Furthermore, on March 6, 2019, he announced that he had been diagnosed with Stage IV pancreatic cancer.

Check out the video where Alex shares his cancer diagnosis with "Jeopardy!" fans.

The cancer was a significant toll on Alex; however, his wife was of considerable support. She was together during all his treatments, and when his tumors shrunk to half their previously observed size, she could not help but cry with tears of joy.

Though Alex is doing far better than before, however, the battle is not over. On November 11, he started another round of treatment.

The 79-year-old in an interview with People in 2019 stated that he is pretty satisfied with his life. However, the only regret is that he did not meet his wife earlier. If he had met her in his twenties, he would have the chance to spend more time with her.

Gosh, the love between Jean and her spouse is admirable. They were able to make their marriage work against all the odds.

The 56-year-old Jean became pregnant with her first child just three weeks after she got married to Mr. Trebek. She gave birth to her son Matthew Trebek in 1990. He is 29 years now and owns restaurants in Manhattan, New York.

The pair welcomed their second child Emily Trebek in 1993. She works in real estate in Los Angeles. 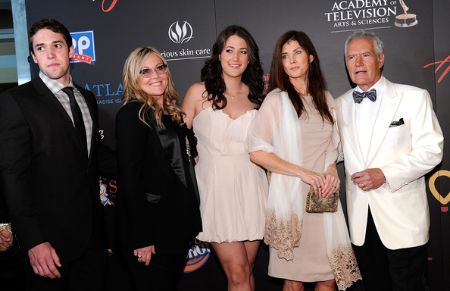 Jean Trebek with her children and husband. SOURCE: Zimbio

Mrs. Trebek is also a stepmother to Nicky Trebek. She is the adopted daughter of her husband and his first wife, Elaine Callei. She is a singer-songwriter and also works as a production coordinator on "Jeopardy!" 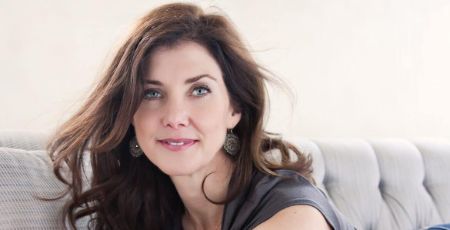 Based on her professions, it looks like she accumulated an excellent amount. Her net worth is around $1 million.

Shares Earning of A Multi-Millionaire

Jean's husband, Alex Trebek is a game show host, actor, and producer. As of 2019, he holds an overall net-worth of $75 million. 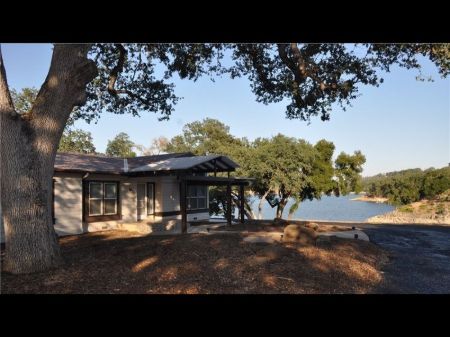 Jean Trebek and her spouse is selling their Lake home. SOURCE: Chicago Tribune

The millionaire couple resides in a luxurious mansion in Studio City, California. The pair bought it in 1991 for $2.15 million. In addition to that, they own several real estate properties throughout the country. In 2019, the couple is selling their Paso Robles lake house for $1.399 million. The 2,600 building is fully furnished with three bedrooms and two bathrooms.

Matthew Trebek is the firstborn of Jean Currivan Trebek with her husband. He owns restaurants in New York.

Emily Trebek is the daughter of Jean Currivan Trebek and Alex Trebek. She works in real estate.