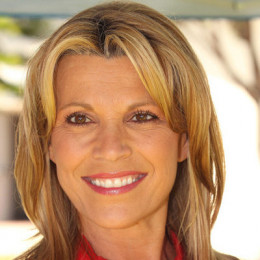 Gorgeous and beautiful American television personality and also the film actress, best known as the hostess of TY show Wheel of Fortune since 1982. She professionally debuted in a TV show named The Price Is Right where she participated as a contestant.

Vanna is a married and divorced woman. The starlet has gone through a number of events of misfortune and tragedies in her life including the death of fiance, failed relationships, broken engagement, and divorce. Regardless of all, she didn't look back; Vanna always found ways to deal with her issues and emerge as a wise woman.

Vanna White is living a happy married life with John Donaldson to whom she met in 2012 through the help of her mutual friend.

Back on August 23, the blonde beauty traveled San Francisco with Pat Sajak, Lesly Brown's partner. She is close to the Wheel of Fortune's show host cause she served as a hostess since the 1980s.

In the 1980's she was romantically involved with dancer turned actor John Gibson and eventually got engaged in 1986. However, her love story ended on a sad note post-Gibson was killed in a plane crash.

Hanging with my boy! #love #countrylife

Later, she married George Santo Pietro who is a restaurant owner. The duo tied a knot in December 1990 after dating several months. She became pregnant for the first time in September 1992.

White announced her pregnancy in an episode of 'Wheel of Fortune'. Unfortunately, she miscarried her first child soon after the episode was taped.

The duo shared a son Niko Santo Pietro (born in 1994) and a daughter, Giovanna (Gigi) (born in 1997). The pair couldn't handle their relationship and had divorced in November 2002.

White also rumors to have an affair with businessman Michael Kaye. Even they were set to engaged vow in 2004s. Unfortunately, the duo broke off their engagement, more than a year followed by the announcement.

Vann has a glorious career and her $40 million net worth is proof of it. She is considered as one of the richest actress and television personality.

Apart from this, daughter of Joan Marie Rosich's movies always succeed to impress audiences and did a satisfactory job at the box office. She was awarded $403,000 when she sued Samsung Electronics for featuring her in one of the parody videos in 1993.

in 1982, she became the regular host of Wheel of Fortune. Later, in 1987, she launched her autobiography, Vanna Speaks! which was the best seller at that time.

Vanna portrays the role of Venus; Betsy Palmer in the  NBC television film Goddess of Love. She has appeared in many TV shows and movies. In 1992, she was recognized as "television's most frequent clapper" by the Guinness Book of World Records. 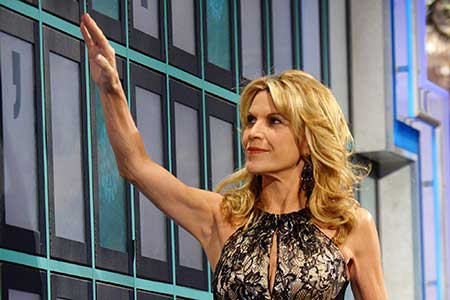 On April 20, 2006, she was honored with a star on the Hollywood Walk of Fame with Alex Trebek, Merv Griffin, and Pat Sajak. Besides this, she lent her voice to numerous animated series.

He is owner of hotel. After a decade of their marriage they divorced due to some personal problem. From this marriage, she is mother of one son and a daughter.

He is the first child of Vanna after her first miscarriage. His picture can be found in different sites.

She is the youngest daughter of her. She resembles more like her mother and her picture along her mother can be found in internet.