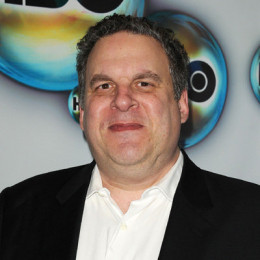 Jeffrey "Jeff" Todd Garlin is a actor-director,voice artist, comedian, writer and author, widely known for his role on the HBO show Curb Your Enthusiasm as Jeff Greene, for which he was nominated seven times for Emmys in his role as Executive Producer. He is the son of Gene Garlin and mother Carole Garlin. He graduated from Fort Lauderdale's Nova High School and studied at Broward Community College, followed by a stint at the University of Miami studying film.

He is a enthusiastic person who has a sweet smile on his face everyday. He was once arrested on a felony vandalism charge after a dispute with another motorist over a parking space, which dragged him to a sort of controversy. Talking about his personal life, he is a happily married man. The couple together have two son. Regarding his extra marital relationships there is no any records till now, so he seems loyal towards his family.

She is a beautiful woman who seems supportive towards her husband's every matter. The couple have two son who details has not been disclosed yet.