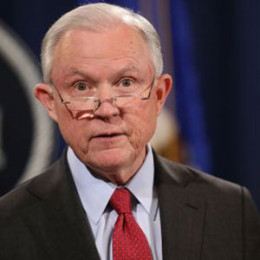 Attorney General of the United States, Jefferson Beauregard Sessions III mostly recognized as Jeff Sessions was also a Former Republican Senator. Being one of the early supporters of the Donald Trump presidential candidacy, Sessions also acted as a Public advisor for Trump in 2016. He even tendered his resignation at Trump's request in 2018 following a months-long public and private contention between them over his recusal.

Jefferson Session married his longterm girlfriend, Mary Blackshear in 1969. He met her during his time at Huntingdon College while he was studying Law.

Jeff and his beloved wife are blessed with three adorable kids. They are the proud parents of three children; Mary Abigail Reinhardt, Ruth Sessions Walk and Sam Sessions.

It was an honor to be inducted into the Alabama Academy of Honor today in Montgomery. http://t.co/eAl7xo1zdW pic.twitter.com/ZsvrODl6ui

What is Jeff Sessions' Net Worth?

US Attorney General, Jeff Sessions earns a salary of $210k. He is estimated to have a total net worth of $7.5 million. That made him the 29th richest member of the Senate that year.

In addition, Jefferson's assets included several hundred thousand dollars invested in Vanguard mutual funds. While working as a Senator, sessions earned $174,000, which increased by 21% or $36,700 with each change in role.

As an attorney general, Jeff would have bagged a salary of $210,700 per year. He received a fairly significant payroll moving to the executive branch.

Furthermore, Sessions also owns a real estate including a 479-acre farm in Wilcox County, Alabama with an estimated value of $500k to $1 million. Moreover, he owns oil and mineral rights on more than 600 acres in the Choctaw National Wildlife Refuge.

Session's assets include investments in government funds and Vanguard mutual funds of around $7k or more.

In 1975, Jeff sessions worked in the Office of the U.S. Attorney for the Southern District of Alabama as the Assistant United States Attorney. He held the position for almost 12 years, before resigning.

Likewise, in 1997, Sessions succeeded Howell Helfin and became the U.S. Senate after defeating Roger Bedford in the November general election.

Later in 2016, Jefferson is a supporter of the presidential candidacy of Donald Trump, acted as one of the policy advisors for the Trump Campaign in regard to national security and immigration.

Attorney General Jeff Sessions resigned from his position in November of 2018. He was supposed to have stepped down the cause of mounting pressure from President Donald Trump, regarding the ongoing investigation.

It was being led by special counsel Robert Mueller in regard to Russian interference during the 2016 election. Sessions left his job just one day after midterm elections. 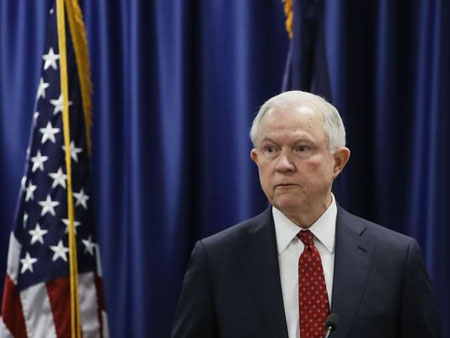 After graduating from Wilcox Country High school in Camden, he studied Bachelor of Arts in Huntingdon College. In 1969, Sessions graduated from college and joined the University of Alabama School of Law. Later in 1973, he graduated with a Juris Doctor. Furthermore, Jefferson also served in the Army Reserve with the rank of captain in the 1970s.

Jeff Sessions is married to Mary Blackshear Sessions since 1969. They first met in their college and started dating.

Mary Abigail Sessions is the daughter of Jeff Sessions and Marry Blackshear Sessions.

Mary Abigail Sessions is the son of Jeff Sessions and Marry Blackshear Sessions.

Ruth Sessions Walk is the child of Jeff Sessions and Marry Blackshear Sessions.