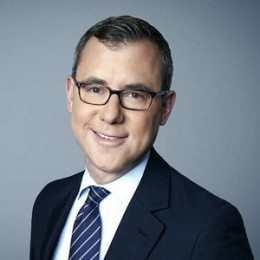 Former senior Washington correspondent of CNN, Jeff Zeleny was born as a son to Diane Naomi Zeleny and Robert Dean Zeleny. He was graduated at the University of Nebraska, where he studied journalism and political science. Zeleny started working for The Des Moines Register in 1996, and left to write for The Chicago Tribune in 2000. In 2006, The New York Times hired him to cover politics, and he covered the 2012 presidential election for the paper while being their lead reporter and finally he joined CNN in March 2015.

Jeff Zeleny is allegedly single. Jeff is very much focused on his work. He is not seen by many people in public. Jeff seems to have no interest in love at this time or any other.

Reporting today from El Paso. A terrific view, with Ciudad Juárez in the distance, as we explore @betoorourke. Will he run? Link in bio.

There have been rumors that Jeff is gay but those rumors have not been addressed to by him. Jeff Zeleny does not have any children. His viewers and his fans hope to see him with a potential partner in the years to come.

The star is active on several social media. As of now, his Instagram account has more than 8k followers.

Jeff Zeleny has an estimated net worth of $1million. He makes his net worth and salary from his journalism carer. Moreover, a senior White House correspondent makes an annual salary of $143852.