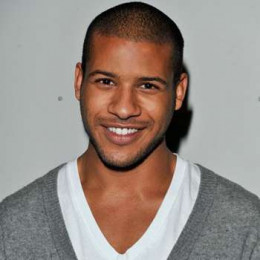 Jeffrey Bowyer-Chapman is a Canadian-American actor and fashion model, well known for portraying Jay in the critically acclaimed Lifetime drama series, Unreal. He started his modeling career at the age of 16, shooting for a number of fashion brands. In the year 2006, he began his professional acting career, making his screen debut in gay-themed film Shock to the System. He was adopted when he was 12 days old.

Talking about his sexuality, he is openly a gay and works actively in gay rights campaigns. Till now he hasn't married anyone and is single as well. Actually, he has stayed low profile when it comes to his love life.

Till now there is no any record available of his partners. We can stay connected and know him better simply by following him on Twitter @JeffreyBChapman.

His net worth and salary is still under review. The average salary of an actor in the U.S. is around $50,529 per year.

He is best known for playing the role of Jay in the Lifetime dark comedy-drama series Unreal.