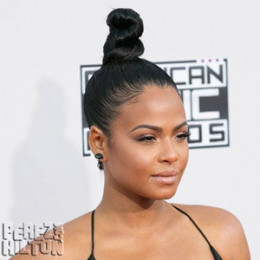 An American singer, and actress-songwriter, Christina Milian is currently single. She was previously married to R&B record producer as well as a singer, and songwriter, The-Dream. The couple married in 2009 and divorced on 23rd October 2011. Christina is a daughter of Carmen Milian and Don Flores. Her first lead role is in the 2003 film called Love Don't Cost a Thing. Milian also has a minor role in Ghosts of Girlfriends Past.

Christina Milian was dating Jas Prince since September 2010, they got engaged in April 2013 and broke up on 20th June 2014. On February 26, 2010, Milian gave birth to a daughter named Violet Madison Nash. Milian has also signed for an Australian music duo, Kasey Osborne, and Kelsey-Maree Eckstein, as their manager. In 2008 Milian has won Imagen Foundation Award for Best TV Actress for Snowglobe.

Christina Milian was born as Christine Marie Flores on September 26, 1981, in Jersey City, New Jersey. She grew up in Waldorf, Maryland. At a young age, she began appearing in commercials. She studied at Westley High School in Waldorf. Her parents got separated soon after they moved to Los Angeles.

In 2000, Christina contributed vocals to Ja Rule's song Between Me and You and collaborated with Jennifer Lopez on Play in 2001. Milian's first hit in the United States came in 2004 with the release of her second album, It's About Time.

Milian also garnered a steady stream of acting roles, starring in the 2007 TV movie Snowglobe alongside Lorraine Bracco. In 2013, Milian appeared as one of the contestants on Dancing with the Stars. Also, in 2029, she featured in the film Falling Inn Love alongside Jeffrey Bowyer-Chapman and Adam Demos.

Christina Milian dated Nick Cannon, whom she met on the set of Love Don’t Cost A Thing. The couple was together for two and a half years. The pair split due to Cannon’s constant infidelities. She then dated Andre Lyon from Cool & Dre, but their relationship ended due to work commitments.

In 2009, she announced her engagement to the producer The Dream. They married but divorced before the birth of their child, Violet Madison Nash. It was announced that Milian had become engaged to Jas Prince in 2013, but this was called off the next year. It was rumored that Milian was dating Lil Wayne in 2015.

She previously ,married to R&B record producer as well as a singer, and songwriter, The-Dream. The couple married in 2009 and divorced on 23rd October 2011.