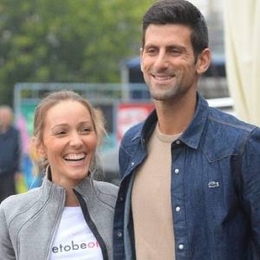 Behind every successful man is a woman who continually supports him throughout all the ups and downs. The case is exactly the same with Jelena Djokovic who is the wife of the current world no.1 tennis player, Novak Djokovic. She supported him throughout all the thick and thins which helped him to bag over 17 Grand Slam singles titles, to become the third-most in history for a male player.

Call it the advantage or disadvantage, but whenever you are affiliated with a celebrity, there is a high chance that you become one. The case is no different with Jelena Djokovic, who is only famous as the wife of 17 Grand Slam singles title winner, Novak Djokovic. As the support system of the first Serbian ever to be ranked no.1 by the ATP, she deserves a lot of credit for helping her partner throughout all the ups and downs. 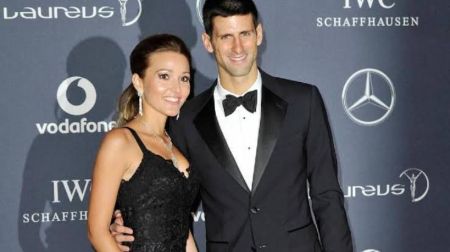 The love story of Jelena Djokovic dates way back to her high school days at Sports High School when she first met Novak Djokovic in 2005. Ever since the first meeting when they exchanged a special vibe and started dating eventually. After dating for over eight years, the two got engaged in September 2013.

After a year of great preparation, the couple exchanged their vows on July 10, 2014, in a flashy wedding ceremony on Sveti Stefan in Montenegro. In fact, the two tied the knot in a church wedding on July 12, 2014, in the Church of Saint Stephen. 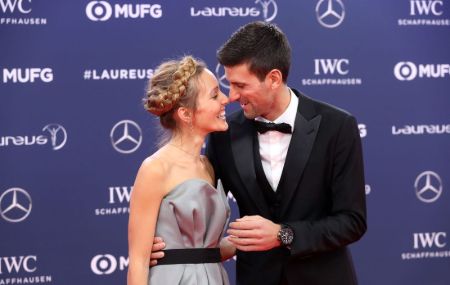 Jelena Djokovic is popular as the wife of Novak Djokovic. SOURCE: Insider

Jelena and her husband, Novak's romance, was spilled by rumors of divorce and conflicts in 2019 when the dive didn't attend the prestigious Wimbledon tournament. There were several speculations that loomed a doubt over their relationship, but it is quite safe to say that the couple is more than happy with each other.

When it comes to finances and income, Jelena Djokovic has barely anything to worry about, thanks to her identity as the wife of a multi-millionaire. Being the wife of one of the greatest tennis players of all time, she owns a whopping net worth of $2 million as of August 2020. She doesn't get enough credit of her professional endeavors, as she is a Serbian Ph.D. candidate and humanitarian. Her husband, Novak on the other hand gathers a net worth of $220 million. 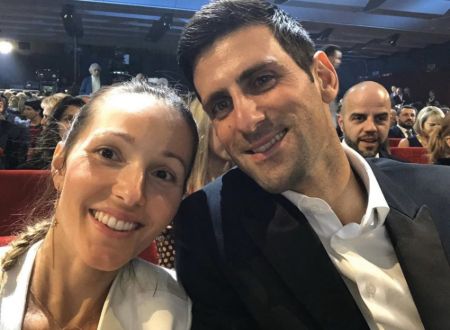 For educational pursuits, Jelena Djokovic focused on the management sector by attending the Bocconi University in Italy, from where she completed her Master's degree. She often attends her husband's ATP matches despite a busy schedule in her academics and family. Furthermore, Jelena even worked with her husband to launch the Novak Djokovic Foundation in 2007, which helps to create educational opportunities for disadvantaged children in Serbia.

Novak Djokovic and Jelena Ristic Djokovic tied the knot on 10 July 2014 in Montenegro. They were engaged in September 2013.

Jelena Djokovic and Novak Djokovic added another child to their little family. They gave birth to Tara Djokovic on September 2, 2017.