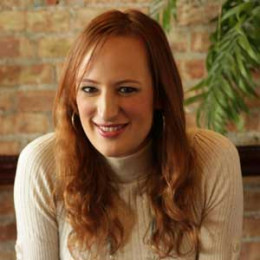 Transgender actress, Jen Richards was a cast of 'Nashville,' the show's first transgender character. Jen is the co-writer, star, producer of the Emmy-nominated, and Gotham Award-winning, series 'Her Story.' She is also an author, consultant and advocate working with many national organizations and media projects and has worked on several additional TV series.

Emmy-nominated actress Jen Richards was born in Mississippi. She is the first out transgender actor to be featured on a CMT series.She received her BA in Philosophy from Shimer College and studied at Oxford University.

Jen Richards is a founder of the website 'We Happy Trans.' In 2015, she worked as a supporting cast member of Caitlyn Jenner's reality show 'I Am Cait.' In 2016, Richards co-starred, co-directed, and co-produced the web series entitled 'Her Story.'

Richards also co-produced the series 'More Than T' and wrote the 'Trans 102' series. She joined the cast of the television series 'Nashville' in 2017.

She is a columnist for 'NewNowNext,' which published essays on multiple platforms, and wrote the 2015 Sep/Oct cover story “What Trans Movement?” for The Advocate.

Jen is very secretive about her dating life. Till now she has not disclosed anything about her affairs. Maybe she is more focused on her career rather than being in a relationship.

However, in one of the posts on her Instagram, Richards is seen locking lips with a guy. Both of them looked very into the kiss. Maybe she is dating but has officially announced it. So it can be assumed Jen is still single.

Jen Richards is living a lavish life and seen wearing expensive designer clothes. She often travels to differents places too. To maintain such a lifestyle, she must probably have a huge net worth.