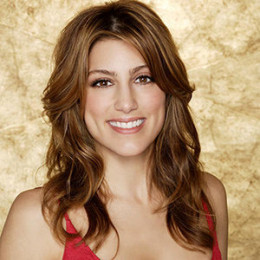 Jennifer Esposito is an American actress, baker, author, and a health advocate. Esposito is the second daughter of Phyllis, an interior decorator and Robert Esposito , a computer consultant, and a Music producer. Jennifer graduated from Moore Catholic High School and her career started with an appearance in 1996.She went on hit TV series Spin City to play the character of Stacey Paterno in 36 episodes. In 2010 she was seen in television series like Blue Bloods starring Donnie Wahlberg, Bridget Moynahan, Will Estes and Tom Selleck. She left her cast when her celiac disease began to conflict with her work a year later. In 2014 she joined the NBC series Taxi Brooklyn and she also became the brand ambassador of Eclair Naturals.

Jennifer Esposito has married two times. She was married first on December 30 ,2006, but in 2007 May they divorced. Then, In 2009 she was engaged to Australian tennis player Mark Philippoussis and separated in August 2010.

In May 2014 she got engaged to British model and got married on November 16,2014. However, Esposito has filed a divorce to him in 2016 as he attempted a hostile take over of her bakery business.Her sexual orientation is straight.

Jennifer Esposito was married two times and engaged three times. Her first husband was Bradley Copper married on December 30,2006 But they got divorced on may 2015. In 2009 Esposito was engaged to Tennis Player Mark Philippoussis but they got separated in 2010 , August. Then in August 2014 Esposito announced her engagement with Brititsh model Louis Dowler . The couple married on Nov 16 ,2014 at New York city.But Esposito had filed a divorce in 2016 to Dowler after he he attempted a hostile take over of her bakery business.Esposito doesnot have any children.