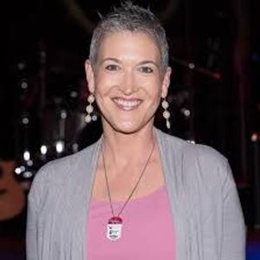 Jennifer Griffin is a journalist and national security correspondent for Fox News. She was the one who was pushed back by President Donald Trump for backing up some of the allegations reported in a controversial story by The Atlantic accusing Trump of disparaging slain U.S. military veterans. She was defended by Fox News colleagues after Trump Twitter attacked over confirmation regarding Atlantic reporting.

Jennifer Griffin relishes a beautiful relationship with a fellow American journalist. They met for the first time in South Africa in the fall of 1989 when Greg was reporting the imminent release of Nelson Mandela as a cub reporter for the Harvard Crimson. 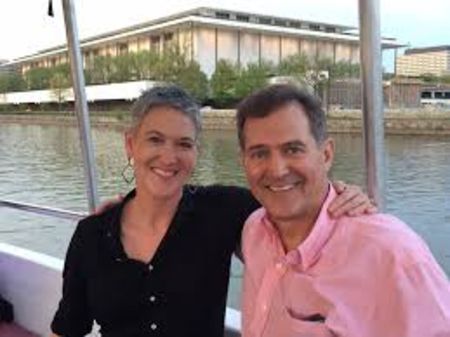 Griffin married her long-term boyfriend Greg Myre on 2 October 1994 after dating for a few years. Their lavish wedding ceremony took place at Grace Episcopal Church in Keswick, Virginia. The lovebirds honeymooned in a Sandbagged house in Kabul, Afghanistan.

Griffin-Myre duo successfully crossed 25 years of marriage with no signs of divorce and extramarital affairs. This power couple has always been loyal towards each one another. Also, Greg never left hand of Jennifer during ups and downs.

At the time of marriage, Griffin was a freelance reporter in Islamabad and Myre was the chief of the Islamabad bureau of the Associated Press. Kindling romance for a few years, the pair flew to Jerusalem to cover news on the Israel-Palestine conflict. 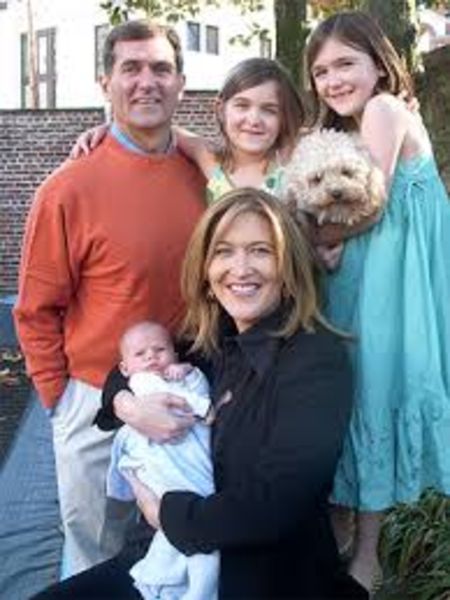 Jennifer Griffin is a mother to three kids.
SOURCE: stltoday.com

In 1999, the network transferred Griffin to Jerusalem where she gave birth to two daughters. As a matter of fact, before returning from Jerusalem, Jennifer decided to start a family. Jennifer and Greg became parents to beautiful children Annalise Myre in 1999 and Amelia Myre in December 2002. A few years later, they welcomed a son Luke Myre in September 2009.

The Harvard University graduate possesses a net worth of $3 million. As a skillful reporter at Fox News, she receives a payroll of $70,000. Like, Jennifer her husband also brings in huge amounts from his job as a news reporter.

The mother to two began her career reporting for The Sowetan newspaper in Johannesburg, South Africa. Later on, she covered Middle Eastern affairs for the associated press and National Public Radio in the 1980s. 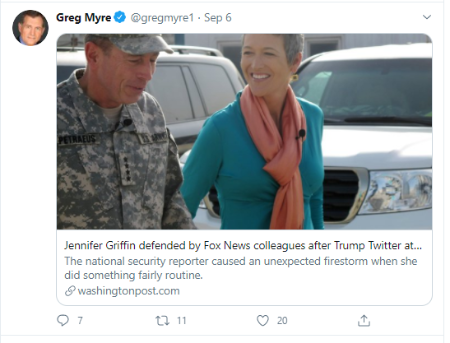 She joined Fox News in October 1999 as a Jerusalem based news correspondent. Jennifer has interviewed some government officials including former Defense Secretary Leon Panetta, and David Petraeus in Kabul. Ms. Griifin traveled to different parts of the world with Defense Secretary Robert Gates from 2007 to 2011.

Griffin's husband currently serves as a National Security Correspondent for National Public Radio (NPR). Before this, he had been an international editor for NPR.org. During his tenure, he reported from more than 50 countries and covered numerous events.

Griffin allegedly delivered her report around the 3 pm hour, unfortunately, during The Five, Jesse Watters and Greg Gutfeld moved to discredit The Atlantics reporting. It was the same reporting Griffin confirmed major aspects of. Gutfeld called it a hoax and addressed there are no sources and said it had already been debunked.

Jennifer is the kind of news reporter we all strive to be like; She's smart, courageous, ethical, fair, and a class act. She won the trusts of viewers throughout a distinguished career and is credible.

Be sure to check out Marriedwiki.com for more celebrity related biographies.

Jennifer Griffin is happily married to Greg Myre since 1994. They have successfully crossed two decades of relationship and shares three children.

Annalise Myre is the first child to Jennifer Griffin and her husband Greg Myre. She has two siblings.

Amelia Myre is the second child to Greg Myre and Jennifer Griffin. Amelia has en elder sister and younger brother.

Luke Myre is the youngest child, a son of Jennifer Griffin and husband Greg Myre. He has two elder sisters.