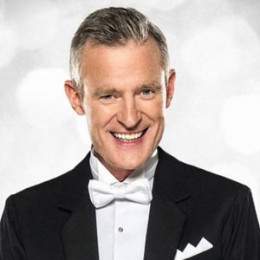 Jeremy Vine, the English journalist plus broadcaster is a renown host of BBC radio 2. Vine is happily married to the BBC anchor Rachel Schofield. He has been married to his wife for almost 15 years now.

Jeremy Vine was born on 17 May 1965 to Guy Vine and Diana Tillett in Epsom, England. He grew up with his younger brother Tim Vine who is a comedian now. In his early days, he was a member of the band The Flared Generation playing drums.

Vine went to Layton Preparatory School in Ewell and also attended Aberdour School in Burgh Heath. Later he enrolled at Epsom College. He graduated from Durham University with 2:2 undergraduate in English. He also took the journalism training course with the Coventry Evening Telegraph.

Jeremy first worked at Metro Radio for a very short period. He then joined the BBC as a professional journalist in 1987. In 1989, he filed reports from across Europe on the BBC Radio 4’s ‘Today’ as a regular reporter. In 1992 he published two comic novels set amidst the modern Church of England such as Forget Heaven, Just Kiss Me and in 1993 his book The Whole World in My Hands was published.

Furthermore, he worked in the show The Politics Show on BBC1 in 2003. He then became a graphics presenter of BBC election in 2006 as a replacement of Peter Snow. He also presented Panorama, world oldest current affairs program. With his incredible work, Vine won the best speech broadcaster at the Sony Radio Academy Awards in 2005.

Besides that, he also participated in the dance show Strictly Come Dancing where he paired along with professional dancer Karen Clifton.

The handsome journalist Jeremy is a married man. His wife Rachel Schofield is an anchor of BBC. The duo first met at a gala dinner. Destined to be together they met again while touring the country in 2001.

The couple started seeing each other and made their relationship official in 2002. Without wasting any more of time they tied the knot in the same year in a Devon village church in a private ceremony. The family became whole when the husband and wife welcomed their daughters. The elder daughter Martha Vine and the younger one Anna Vine are the two daughters of the lovely couple.

Vine was previously married to Janelle Muntz in 1992. However, their relationship didn’t last long and they divorced in 2000.

Martha Vine is the elder daughter of Jeremy Vine from his beautiful wife Rachel Schofield.

Anna is the youngest adorable daughter of Jeremy Vine from his wife Rachel Schofield.