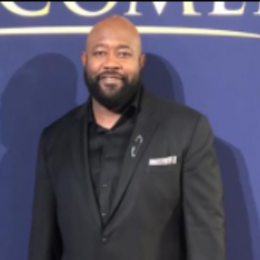 Jerry Shirer became famous after he came to the limelight because of his wife Priscilla Evans. Shirer's beloved wife is an American author, motivational speaker, Christian evangelist, and actress. Priscilla is well known for her works in War Room and Overcomer.

Jerry Shirer is happily married to the true love of his life Priscilla Evans Shirer. Shirer, the former Hilton Hotels executive tied the knot with Priscilla in 1999 in a lavish ceremony. Her marriage seemed to be the sort of enlightened partnership which would make feminists cheer. 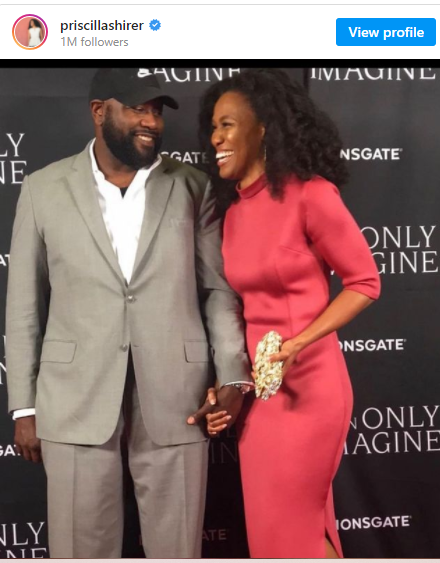 Most recently, Jerry celebrated his twenty-first wedding anniversary with his wife Priscilla. The starlet shared a heartwarming tribute in honor of their conjugal life with a slideshow of photos along with the sweet message.

How Many Children Does Jerry Shirer Have?

Speaking of family members, Shirer is a proud father to three children. The family of five currently resides in suburban Dallas, Texas. Jerry along with his wife welcomed their first child Jerry Jr. Shirer in 2001, followed by the second one, Jackson Shirer in 2003 and the youngest Jude Shirer in 2005. 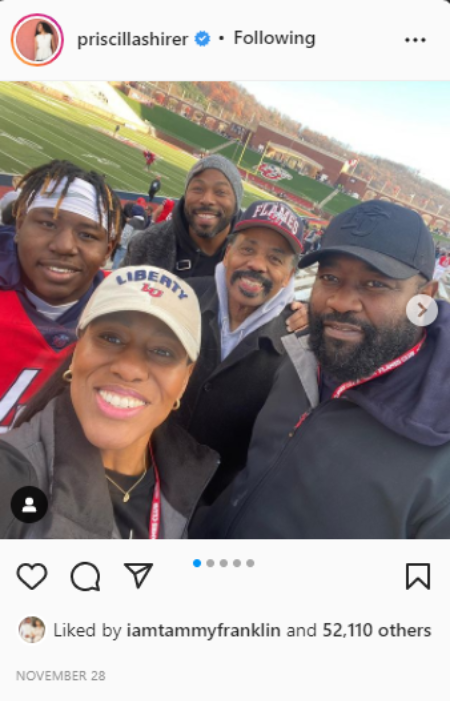 Jerry Shirer appears with his family in stadiums. SOURCE: Instagram

Jerry Shirera and Jackson Shirer are athletes, and they play for Liberty Men's Basketball Team. As a family man, Jerry Shirer frequently visits stadiums, basketball clubs to support his kids.

How Much Is Jerry Shirer Net Worth?

The wife of Jerry Shirer, Priscilla has summoned a colossal net worth of $3 million as of 2021. She built huge wealth from her decade-long career as an author, actress, motivational speaker and Christian evangelist.

Priscilla also served as a speaker at the 2013 Women of Faith conference. In the same vein, Evans made her movie debut in the Kendrick Brothers film War Room. Although, Priscilla built her career on her own people recognize her as the daughter of Christian pastor Tony Evans.

In 2016, Shirer became one of the four prominent women of faith amidst the God's Leading Ladies Life Enrichment Program's 10th anniversary. A few years later, Jerry appeared at the 47th GMA Dove Awards. As for Jerry, much to his professional life is under the radar.